Happy Anniversary to The Fix! 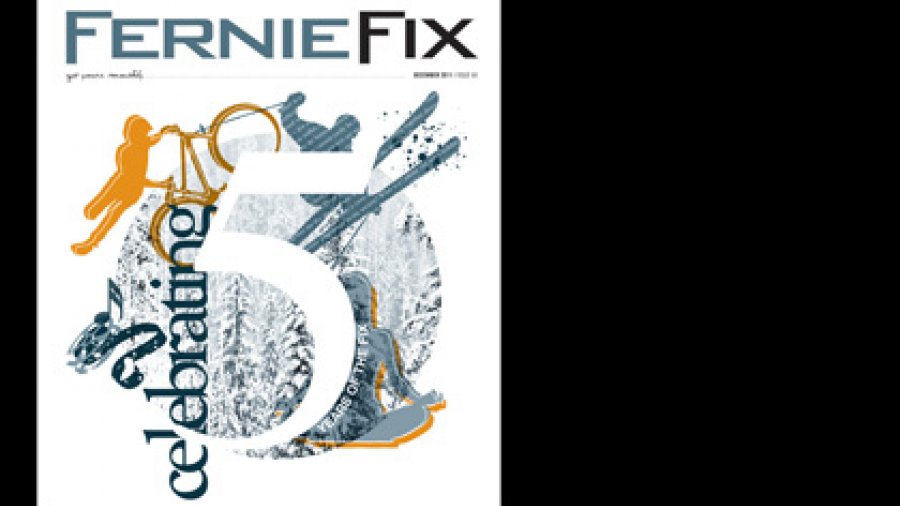 I clearly remember browsing through the first issue of The Fernie Fix five years ago. I gave it a once over, turned to my husband, and said “It’s great, but it’ll never last. For one, Krista will run out of Featured Artists within six months.” I didn’t believe Fernie had the population to sustain a monthly culture magazine.

How’s that for a confession better kept to myself?

Over the past five years, The Fix has not only survived but has continued to diversify, expand and improve. It wasn’t very long into its life when I decided I wanted to be involved and approached Krista about writing a book-recommendation column. At that time, I had no intention of restricting myself to local content. In fact, if someone would’ve asked me if I meant to do so, I would’ve laughed: “Right. I’ll review Jon Turk’s three books and then be done.”

However, as I browse through my three-and-a-half years of book columns, I realize that the vast majority of them do have Fernie connections.

Of course, I wrote columns about Jon Turk ’s books and about Keith Liggett’s Island Lake Lodge: The Cookbook. I also did a series of columns recommending authors scheduled to come to town for the Fernie Writers’ Conference: Alison Calder’s Wolf Tree, Samantha Warwick’s Sage Island, Sid Marty’s The Black Grizzly of Whiskey Creek, Robert Kroetsch’s Too Bad, Jerry Auld’s Hooker and Brown, Steven Heighton’s Every Good Country as well as his Patient Frame, and Marina Endicott’s Open Arms as well as her Good to a Fault.

After that list, I might have been in danger of running out of Fernie material. But then Randal MacNair bought Oolichan Press and moved it from the west coast to our fair city. He started a literary journal, The Red Berry Review, which I reviewed in my September 2009 column. I’ve subsequently given rave reviews to two of his authors (one local – sort of – and one not): Snowdrift by Lisa McGonigle and The Boy by Betty Jane Hegerat.

On top of these columns that had obvious local connections, there were also book recommendations that had strong thematic links to Fernie. My favourites were the ones that had people stopping me in the grocery store: Downhill Slide by Hal Clifford, The Weekender Effect by Robert William Sandford, Fatal Tide by David Leach, and Grizzly Heart by Charlie Russell.

Plus, I’ve not yet exhausted discussion of Fernie books by any means. I haven’t even got around to recommending the books of hard-working self-published authors like Keya White (children’s writer) or Adam MacDonald (poet). Then there are all the great books still to come from the student writers who participate in our summer conference every year. FWC student and Fernie hometown favourite Gordon Sombrowski has just released a book of short stories with Fernie’s Oolichan Press. I cannot wait to get my hands on that one. I will be standing front and centre at the launch party (right in front of the book-launcher).

This list of “Fernie books” surprises me. For a columnist who refused to succumb to any obligations to restrict herself to Fernie content, I have little else but Fernie content. Think back to the start of the column (and the start of The Fix): remember my snide insistence that Krista would run out of Fernie artists in six months? Now, here I am admitting that I haven’t run out of Fernie books after nearly four years.

A few years ago, poet and screenwriter Sioux Browning spoke at a writers’ conference in Creston and complained about the stigma attached to growing up in Cranbrook. With the cool, jock little brother Fernie on one side and the even cooler hippy big sister Nelson on the other, how could she help but have an inferiority complex? At that time, Sioux’s Fernie-as-jock metaphor worked for me.

A close reading of five years of The Fix has taught me that the jock analogy does not do Fernie justice. Perhaps it never did, but I thank Krista and Vanessa (and nearly sixty quality issues!) for freeing me of that particular reductive stereotype.