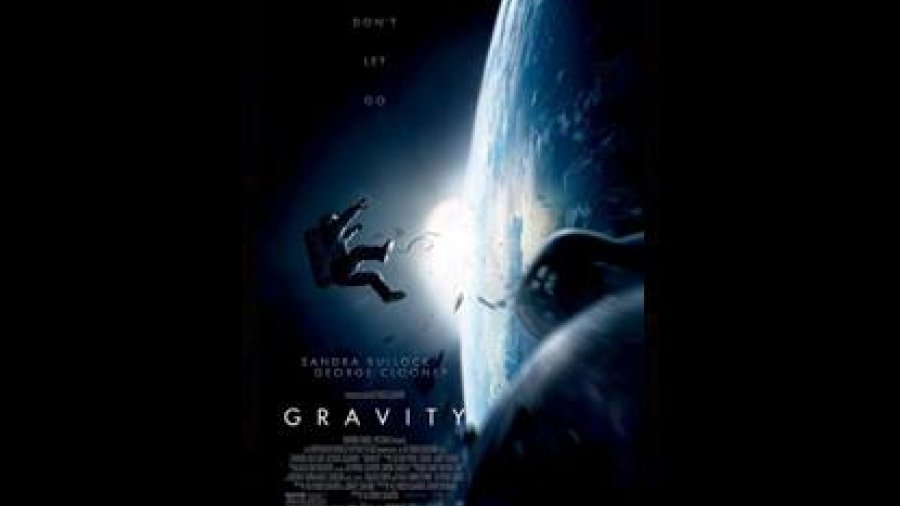 The North American television and movie industries have often portrayed space as a safe, secure and comfortable place. The minds behind most shows don’t seem able to comprehend or convey the idea that space is an airless void, without gravity, sound, banana splits or the Brooklyn Dodgers. Television shows like Star Trek would have us believe that space, while not completely devoid of danger, is still a relatively civilized place to work; and Joss Whedon's Firefly for all that it attempts to make space travel gritty, angst-ridden and overly violent, still presents the final frontier as a place where we can form communities and lead relatively normal lives in the safety of space ships. Alfonso Cuarón's Gravity gives the lie to these foolish assumptions, and portrays space as it really is, a silent, black, incredibly dangerous vacuum where it is impossible for humans to survive in anything approaching first world conditions.

Gravity is the harrowing tale of Ryan Stone, a first-time astronaut who, after an accident in outer space, desperately tries to find a way to return safely to Earth. Stone is expertly played by Sandra Bullock (All about Steve, The Proposal, The Blind Side, The Net). It is terrific to see her in a movie like this where she gets to show off her dramatic talent, given that she has acted in so many romantic comedies in the last decade. On the other hand, the character of Ryan Stone is portrayed much of the time as weak, fearful and uncertain – hardly believable when you are talking about someone who has gone through training to become an astronaut. Her partner in the ordeal is astronaut Matt Kowalski, played by George Clooney (Burn after Reading, The American, Michael Clayton, Up in the Air), who also gives a wonderful performance but basically plays the same role that made him famous in Ocean's 11, a persona that is competent, calm and suave.

The actors have excellent chemistry on screen, and through Bullocks' performance in particular we experience the extreme loneliness that all astronauts must feel as they go about performing their duties during their walks outside of their space ships.

There are basically only four characters in the movie. One dies early on, and the second we only hear as Ed Harris portrays the voice of mission control; but otherwise, it is truly remarkable that a movie with such a simple plot and with little or no external sound for 90% of the time, can hold our shortened 21st Century attention-span for so long and touch us so deeply. Perhaps this has to do with the excellent special effects and stunning spacescapes that the director presents us with.

I must say that because the people behind this masterpiece have given us such a minimalist script and storyline, it has really turned out quite difficult for this critic to write a detailed review. All that is left to say is that this is a really good movie and you should see it, preferably in I-Max 3D if possible.