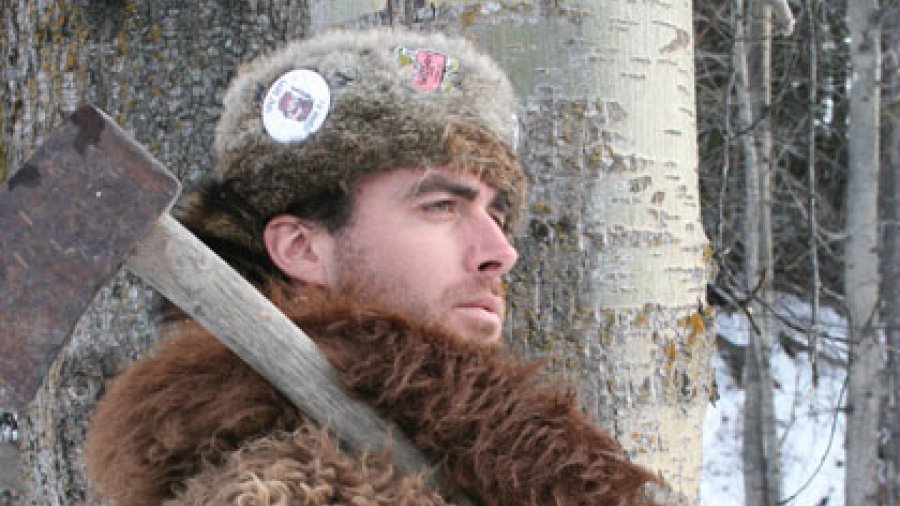 I must begin with a small request: please forgive me if I become a little over enthusiastic with this month’s events; allow the odd yippee and permit me at least one woohoo. In March I will become a fully fledged Canadian and it seems the whole of Fernie wants to celebrate with me in true northern style. It might not be Canada Day just yet, but for Fernie, March could be called Canada Month. From our beloved annual winter festival to Canadian film and provincial hockey, March is one long Canuck party. It’s time to giv’er.

If you heard Georges Laraque defend The Bone Cage for the Canada Reads debates (or have read the book) you’ll know that Angie Abdou knows how to write Canadian. Smoosh yourself into the crowd at the Fernie Museum on Thursday, March 3 to welcome home Angie’s latest novel The Canterbury Trail. Partially written at the library beneath the panoramic mountain view, this is a story about backcountry trails and the people who love them - you may even recognize yourself. Bring tissues.

I’m waiting until the launch to get my copy, so I don’t know yet if the Griz features in Angie’s book. I do know he’ll be showing up for Griz Days - Fernie’s annual mountain festival on March 4-6. From chugging competitions to street hockey, Griz Days is a weekend of fun and frolics that you just don’t see anywhere else. New this year, the Friday evening parade will be followed by a street festival featuring beer gardens, live music and a rail jam. On Saturday, the ever popular Dummy Downhill takes place at FAR while the party continues downtown. Head to the Events Calendar for full details.

Skip forward just two days to Tuesday March 8 and you’ll find yourself on the 100th anniversary of International Women’s Day. The Fernie Women’s Centre invites you to join them at the Arts Station for a night of entertainment featuring local stars including Sage and Tim of Shred Kelly. 100 years ago the men stayed home with the children so that the women could go out and meet, rally and empower. These days everyone is welcome so come and join the celebration.

Never wanting to leave anyone out, the Central celebrates men on Friday, March 18 at the Mr Fernie competition, or something along those lines... there’s certainly always lots of whooping and hollering and while everyone’s welcome at International Women’s Day, this one’s definitely aimed at the ladies. (Think I’ll play that woohoo card now.) The party continues on Saturday 19 at FAR for 80’s weekend - neon, neoprene and nasty hair feature highly. Jump in that Hot Tub Time Machine ‘cos Frankie says RELAX.

If you prefer your entertainment a little more up to date, the Reel Canadian Film Festival on March 25-27 brings you the very latest and greatest of Canadian Cinema including Oscar nominee Incendies from acclaimed director Denis Villeneuve. With children’s programming and specially selected shorts from Vancouver, the organising committee hopes to appeal to all movie tastes. While I can’t name this year’s special feature event just yet, let’s just say it leaves HTTM back in the 80’s when it comes to wild times.

Rounding out the month is possibly the biggest event to hit Fernie this winter. The Cyclone Taylor Cup comes to Fernie for the first time in 2011 and it could be another 30 years or more before we see it again. Featuring winners from the PIJHL, VIJHL and KIJHL, plus the host team; our very own Fernie Ghostriders, the CTC names the provincial champions who will then go on to battle in the Keystone Cup for the title of Western Canadian Champions. Nothing’s ever certain in hockey, so while the Ghostriders have a secure spot in the tournament it remains to be seen whether they go in as league champs or as hosts with a rival KIJHL team taking the title spot. The playoffs will give Fernie some of the best hockey we’ve ever seen and it will only get better with the CTC. The tournament begins March 31 at 3pm with the opening ceremonies at the 7.30pm game.