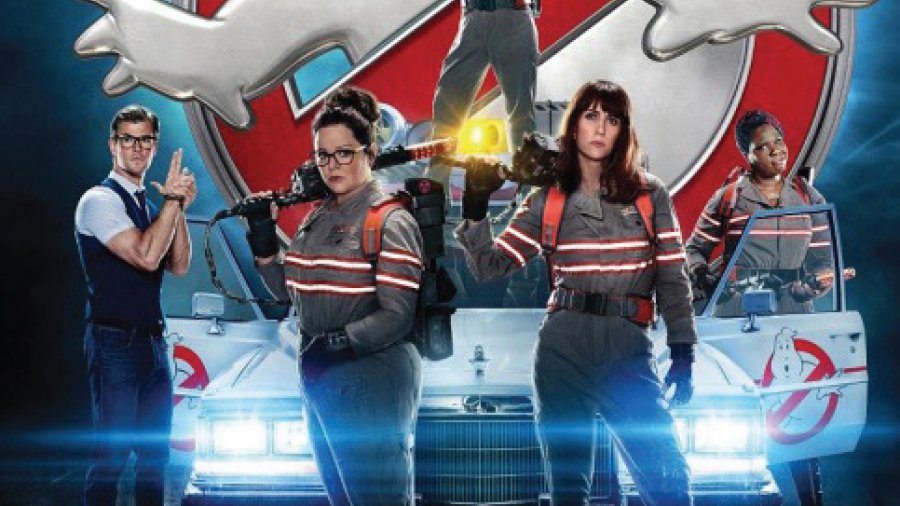 The original Ghostbusters was made in 1984 to critical and commercial success, grossing more than $500 million worldwide and receiving a number of Oscar nominations.

The film was conceived by Dan Aykroyd. along with his friend John Belushi. After Belushi’s death in 1982, the script was rewritten by Aykroyd and Harold Ramis, and it was produced by Ivan Reitman. Both Aykroyd and Ramis starred in the movie along with Bill Murray, Sigourney Weaver, Rick Moranis and Ernie Hudson. The story revolved around Aykroyd, Ramis and Murray, three eccentric parapsychologists, who, in response to a rise in paranormal activity in New York City, formed a ghost-catching company.

The film proved so popular that it spawned a sequel (the much maligned Ghostbusters II), multiple Saturday morning cartoon series and a very popular toy line, which included several video games. The current Ghostbusters reboot, which was released on July 15, 2016, has essentially the same plot as the1984 version but with an all female cast. The film features Melissa McCarthy, Kristen Wiig, Leslie Jones and Kate McKinnon as the ghostbusters.

McCarthy is an alumnus of the famous Los Angeles improv comedy troupe The Groundlings, a name that refers to the rowdy audience members at a Shakespearian play; and from 2000 to 2007 she was in the television series Gilmore Girls. More recently she has appeared in Spy, The Heat, and Bridesmaids, with a very brief role in Central Intelligence.

Kristen Wiig appeared in Bridesmaids with McCarthy, and has had roles in such films as The Martian and The Secret Life of Walter Mitty, and lent her voice to the animated film Despicable Me 2.

Kate McKinnon, who incidentally is the best part of this film, is probably most famous for her stint on Saturday Night Live where she did a marvellous Hillary Clinton impersonation. Most recently she had minor roles in Finding Dory and Ted 2.

Leslie Jones, another Saturday Night Live alumnus, has not done a lot of movie work, but was cast in Train Wreck, and appeared in Wrongfully Accused with the late Leslie Neilsen who gained fame through his performances in Airplane and The Naked Gun series. In Ghostbusters, Jones plays the token black person, the role taken by Ernie Hudson in the original film.

All of the principal actors give good performances, with the surprising appearance of Chris Hemsworth as Kevin, the ghostbusters’ handsome but idiotic receptionist. Hemsworth did most of his early work before 2007 in television, appearing in the Australian TV series Home and Away. His career in film began in 2009, culminating in the role of Thor in the Marvel inspired movie of the same name as well as The Avengers. He does a great job in Ghostbusters.

I am quite frankly stunned with the amount of Internet drama this film has created with heinously bigoted, misogynistic Internet trolls insisting that by casting women in the lead roles, the film will cause the downfall of geek culture and a betrayal of their childhoods. In contrast, certain feminists consider it an important step toward gender equality in Hollywood.

In actuality it is an unexceptional film of only average quality. The special effects are excellent, The script is not bad. The basic story is just a reworked version of the original 1984 film.