The Flatliners are Alive and Definitely Kicking 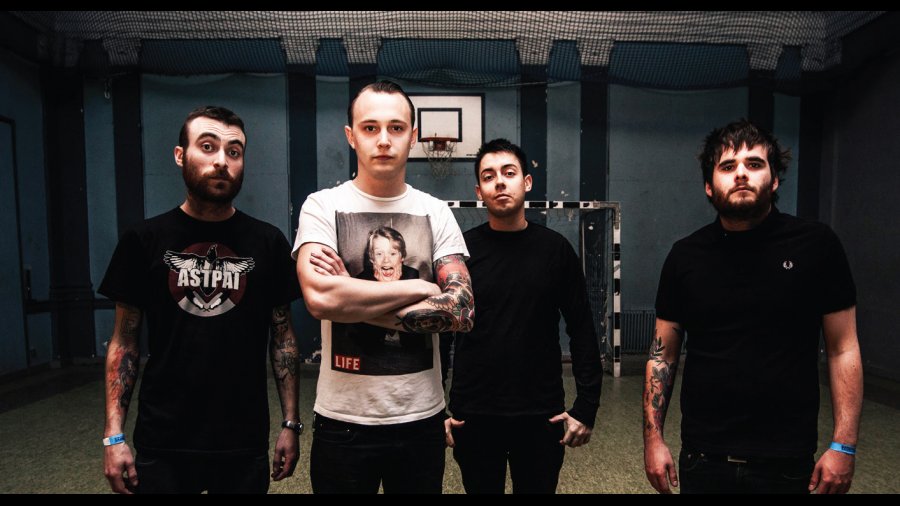 It’s hard to fathom being on the young side of 30 and already being a seasoned professional. But Toronto punk band the Flatliners is just that. The four musicians have been a band for fourteen years and touring solidly for about ten of those years. Despite growing up and becoming men on the road, the band doesn’t seem to be carrying the burdens of cynicism or arrogance – just a whole lot of gratitude.

“I think that’s just the way we have to look at it,” lead singer Chris Cresswell says. “Because otherwise you can cross that line so easily – of feeling, like, fortunate and grateful and then kind of having that feeling disappear on you, because that’s just what you do now.

“We’ve accomplished all of these things and it’s great and we’re so proud of ourselves for doing all of this stuff,” he adds. “I think that’s just the way you have to look at it, because you could lose that magic pretty quickly.”

This is coming from a guy who is literally doing our interview on his way home from the airport after touring Europe, partially in support of Me First and the Gimme Gimmes. Jet lag and lugging his gear up to his apartment be damned.

Let’s back up a bit. The Flatliners formed in 2002, at the ripe age of 14. With just an EP and one album to its name, the band released its second full-length with Fat Wreck Chords (NOFX’s Fat Mike’s label) in 2007. Since graduating from high school, the Flatliners have been touring relentlessly and have shared the stage with many of the biggest and most notorious punk bands. Even on the tour Cresswell is just returning from, Me First and the Gimme Gimmes borrowed Bad Religion bassist Jay Bentley for its tour.

“We’ve been able to come up in a really positive way through a lot of people who got us into this whole punk rock thing in the first place,” Cresswell says. “In this tour we just finished, it was two Lagwagons, a Swingin’ Utter, a Bad Religion and a Face to Face.”

Sure, it’s luck – and Cresswell makes sure to mention the massive support they get from family, friends and employers – but the Flatliners have also worked incredibly hard. He’s not about to complain, but one year, the guys had their lives chopped into two-week chunks: two weeks “straight” jobs to two weeks of touring, over and over.

Despite that, the band has managed to record an impressive amount of music – including so many b-sides that the Flatliners were able to release the double album Division of Spoils: a Collection of B-Sides and Rarities last year without recording anything new for it. Even those some of the songs were ones that were trimmed before landing on any of the band’s previous releases, none of them feel like throw-away compositions. And Cresswell and his bandmates – guitarist Scott Brigham, bassist Jon Darby and drummer Paul Ramirez – were pleasantly surprised by the stellar reception the album received. Especially because the album doesn’t necessarily have the kind of cohesion a more traditional record might have.

“It did kind of end up telling this cool story of, like, the timeline of the band,” Cresswell says. “Actually on this last tour we just finished, we were playing a particular song from Division of Spoils called ‘Sticky Bastards’ and we recorded it for Cavalcade. So we must have recorded it back in 2009, early 2010. I remember vividly recording that song and all of us being, like, ‘Yeah, it’s okay.’ So we already knew, before we were even done that that song wouldn’t make that album. And then a few weeks ago, we were kind of jamming a set, an idea for this tour, and that song came up and we were, like, ‘Man! That song’s awesome.’ So I guess sometimes it just takes years for a song to sink in, even for the people who wrote it! But then we played it almost every day on the tour and it went over great and it’s fun to play.”

The Flatliners perform at the Northern on June 22.