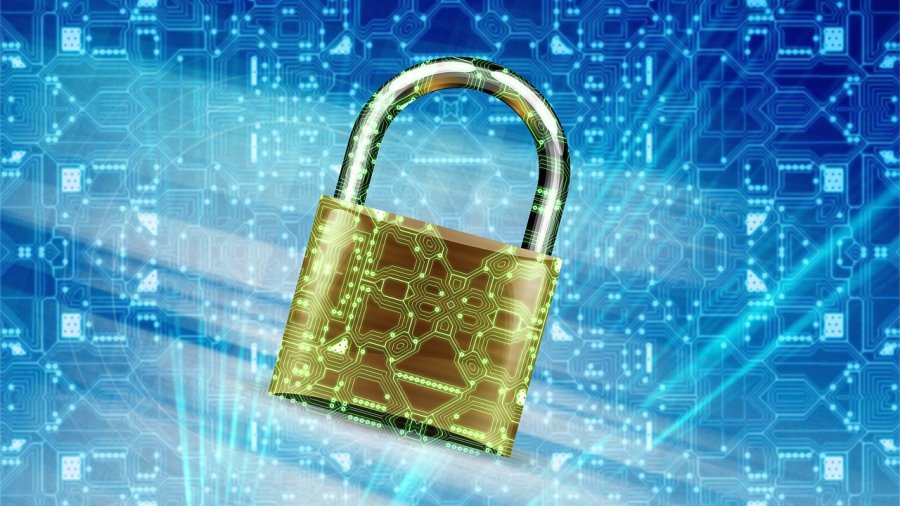 Recently I had to install a router at Mrs. Answer Guy’s office in order to allow wifi users to access the internet on their new fibre connection. Routers can be very complicated, but in general, setting them up to get an address from a server and then sharing that connection with a bunch of clients is pretty simple. The tricky part can be to make sure that no one can use that new route to come into the network and partake in mischief.

The tool used to stop unwanted traffic into (or sometimes out of) a network is called a firewall. This is a term borrowed from its original meaning which was literally a wall built to stop a fire.

If you’re a home user it’s likely that the router that your ISP installed contains a simple firewall. Firewalls can be very complicated, but most of the time don’t need to be. At its simplest, a firewall stops any new traffic from the internet from entering your network but allows new traffic to go to the internet from the network. And it also allows traffic in response to the outgoing traffic to go through.

Sometimes at home, but more often in a work environment, you’ll want to allow certain kinds of internet traffic into your network. One example would be where you have a web server and you want people on the internet to browse your website. In this case, a specific port is opened up in the firewall and directed to the computer hosting the web server, but nothing else. This is commonly called a firewall pinhole. Extending the bar metaphor above, this would be like if the bar was in a hotel that also has a cold beer store. While you may not be allowed to enter the bar, you can enter the cold beer store to buy beer, but nowhere else.

A more common example these days would be to support remote computing where someone working from home can log in and access work files. In this case, a login and often prearranged private and public keys have been set up to ensure only authorized workers can access the network in this fashion. Continuing with the bar metaphor, this would be a separate door with a speakeasy grill installed so a doorman can check your ID and see if you are ‘on the list’ before letting you in.

Modern firewalls have application and packet inspection. Meaning that they examine each piece of data going in and out of the network to ensure that it conforms to allowed traffic. These standalone computers in their own right with powerful processors so they can perform their analysis without impeding traffic speed much. They look for expected traffic: email, web browsing, etc. You can think of these types of firewalls as border guards. Not only do they check your ID, but they also look through the trunk of your car to make sure that you are carrying the kind of luggage consistent with your claimed reason for crossing. This is the technological equivalent of asking, “If you’re just popping down to Montana Shipping to pick up a parcel, why do you have a U-Haul full of furniture?”

Lastly, there is a firewall on your computer. If you’re running Windows 10 you can check that it is running by clicking on Start -> Settings -> Update & Security -> Windows Security -> Firewall and Network Protection. You should now see a screen that indicates whether your firewall is turned on.

One of the options at the bottom of this screen is Allow an app through the firewall. If you click on this you’ll see a list of all the applications on your computer which are currently allowed to access the internet. If you have unusual traffic on your network sometimes a look through this list will reveal an application that shouldn’t be using the internet. Just for the record though, if someone from “insert large technology company here” calls you and says that they have detected unusual traffic on your computer and you should install this application so they can fix it for you remotely – don’t do it!

This is the last firewall: you. No piece of technology can stop humans from making poor decisions. Know what software you’re installing. Make sure it’s from a reliable source. If it’s on a work computer check with your IT person first.

In:
Art and Entertainment
Tags:
technology, Computers, Fernie BC