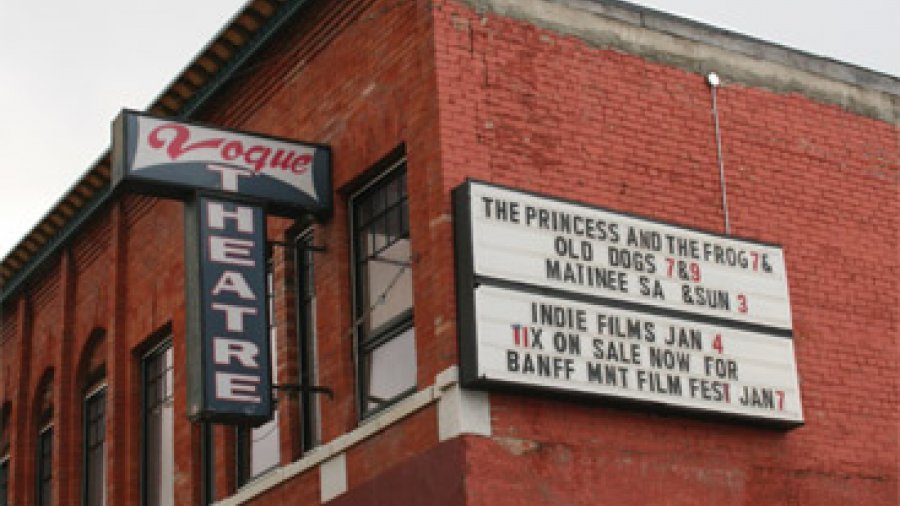 Let’s start where you can get your movie fix any day of the week. The Vogue Theatre is located at 321 2nd Ave and offers newly renovated comfort and a wide selection of latest releases. Two theatres each offer two screenings per night plus new weekend matinees at 3pm on Saturday and Sunday. While you can already get in for just $5 on Tuesday evenings and for the weekend matinees, there’s now an additional opportunity to save on regular screenings on Mondays when you use your Vogue coupon from the community coupon book.

If you’re after something a little less mainstream, two film groups offer great monthly screenings. On the first Monday of every month Indie Films Fernie takes place at the Vogue Theatre and is dedicated to screening independent film excellence from around the world. Tickets are just $10 at the door or for an even better deal purchase a season pass at the first screening. The winter series starts on January 4 with international hit Cairo Time, and continues with Michael Moore’s Capitalism- A love story on February 1 and Mary and Max, a charming claymation from Australia on March 1 and closes with Broken Embraces starring Penelope Cruz on April 5. IFF is an Arts Station program.

Think Tank screens on the third Monday of every month at the Arts Station and offers thought provoking documentaries which spark social and environmental awareness. The engaging discussions following the films will surprise you with the broad range of educated viewpoints and opinions expressed. Screenings start at 7pm, entrance is by donation. Organic popcorn, local and fair trade snacks are available. Think Tank will be screening: Flow on January 18, Addicted to Plastic on February 15, Mad City Chickens on March 15, and H2Oil on April 19. Think Tank is organized by Advocates for Local Living.

Some special features and two festivals complete the winter’s film events. On January 7 at 6pm and 9pm, the Banff Mountain Film Festival presents a special selection at the Vogue Theatre. Entrance is $15.

On January 25 local film enthusiast Andrew Vallance presents The Union- the business behind getting high at the Arts Station. 7pm, entry by donation. Watch for Andrew’s other screenings later in the season-: Shakespeare behind bars and Where in the World is Osama Bin Laden? (Dates TBC.)

On February 25-27 the Fernie outdoor crowd heads indoors to the Fernie Mountain Film Festival at the Community Centre to celebrate mountain cultures, fragile environments and the passion and perseverance of global explorers; then on March 26-28 film comes home with the Reel Canadian Film Festival - a celebration of excellence within the Canadian Filmmaking industry. Read next month’s issue of the Fenrie Fix for more on these two special events, but just to whet your appetite- mark your calendars for Wednesdays in February; the FMFF will be screening the best of the rest at the Arts Station in the run up to the festival, starting on February 3.