Feel the Fear and Do It Anyway 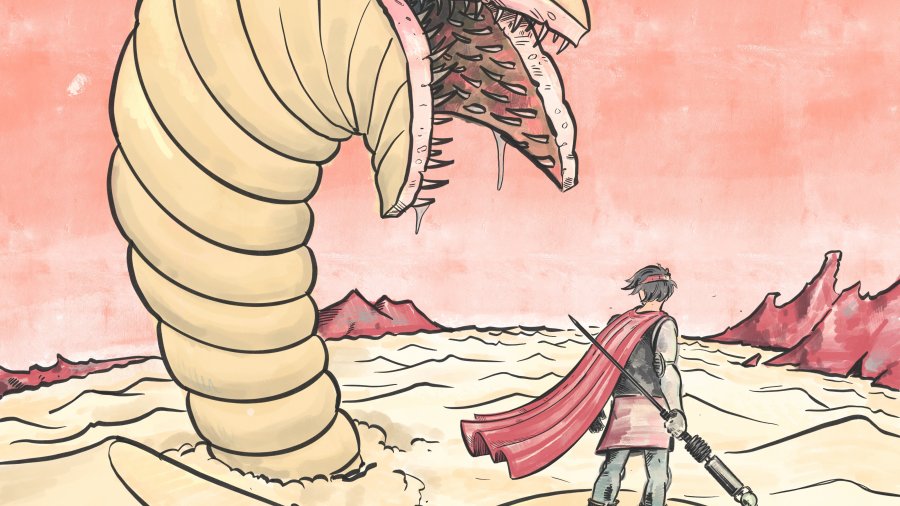 An old friend of mine used to talk about what he called ‘true myth.’ It was his way of describing what teachers have known for millennia: that a story can carry truth way deeper into our hearts than a rational argument. We can hear something and know it intellectually, but until we feel it, we don’t truly integrate it. When true myths resonate, they are imaginary vehicles that scoop up wisdom and unload it at the core of our being.

On October 22, director Denis Villeneuve will release his epic interpretation of the science fiction classic: Frank Herbert’s Dune. I’ve never really been into sci-fi, but I read Dune as a teenager and was captured by Dune’s distant but believable world. As Tolkien did for fantasy, so did Herbert for interplanetary fiction. Dune weaves dynamic characters, a great story, and rich landscapes around a pillar of universal human truths. Rather than stifling those truths, he let the deep wisdom and philosophy seep out through the cracks of the story making it something more believable and poignant.

One of the tough topics Herbert tackled was the idea of fear. We all know it. We all feel it. Our scientific understanding of fear tells us that the brain produces a more or less binary response in our amygdala. Sometimes called the ‘lizard brain,’ it’s the oldest and most basic part of our grey matter—tasked with keeping us alive. When we feel threatened, our rational brain hands the keys to our body over
to the lizard brain to make the decisions where it really only considers two simple options: run or fight.

In Dune, the main character finds himself in an existential predicament—if he moves, he dies. To overcome his fight or flight response he uses a mantra to pull the keys back from his amygdala into his rational brain:

“I must not fear. Fear is the mind-killer... I will face my fear. I will permit it to pass over me and through me.
And when it has gone past, I will turn the inner eye to see its path. Where the fear has gone there will be nothing. Only I will remain.”

Even as a teenager I recognized the real truth hidden in that bit of fiction: fear can teach us many things about ourselves, but only if we are willing to stare it in the face, allow it to pass through us, and look at the path it followed. When we wrestle the controls back from the amygdala, we can unlock a third kind of reaction—to feel the fear and proceed with caution. This middle option is an expression of our best self.

As far as I know, we aren’t facing intergalactic threats on a daily basis, but let’s face it: right now being alive is terrifying. I understand that desire to cut and run, or to dig in my heels and fight, because my instinct is to survive. My rational brain, however, tells me that survival is not enough. I want to truly live, and so I try to face the fear and examine the path it takes as it passes through me.

As a society we are all running from an invisible enemy—one that floats around in the air and harms people indiscriminately. Of course we are afraid, and of course our brain keeps us primed for a response. Covid-19 has most of us living in a perpetual state of fight or flight. I can see it in my family, my neighborhood, my volunteer interactions, and all over the news. We are letting our lizard brains win by making decisions that are out of character and using words that are designed to keep us alive, but don’t they sound foreign even as they come out of our mouths? Is this how we want to live?

I desperately want to believe in the good of humans, but the dust of conflict and chaos feels like it’s swirling around me and it’s hard to see the people behind the comments and accusations. Instead of telling each other what we should or shouldn’t do, maybe we could tell each other stories—a bit of true myth—to give each other a peek behind the curtain. Everyone has a story, and if we give each other a tiny measure of grace by choosing that third option—not fight and not flight—we might just see the real person across from us. In turn, we might see how much like each other we are: just a bunch of humans afraid for our lives and trying to survive.