Fearing Gets Out There Between Hurricanes 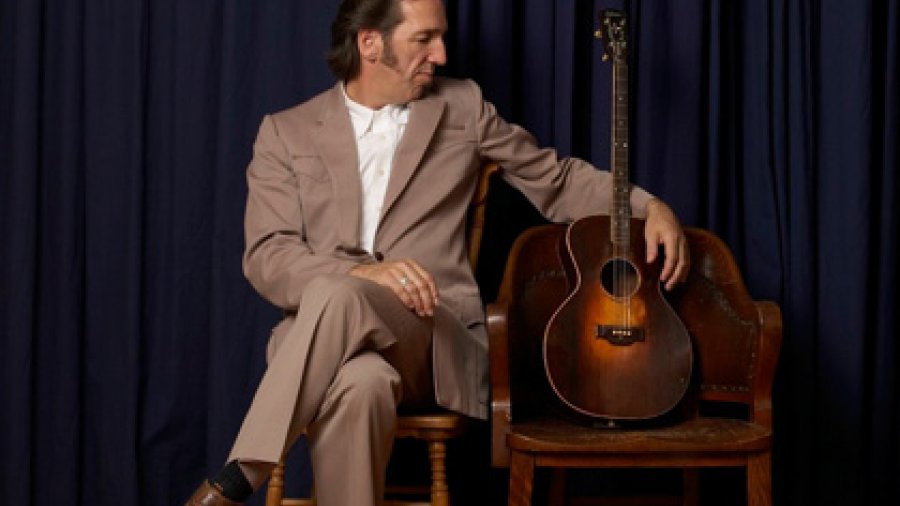 It has been seven years since folk artist Stephen Fearing released a solo record. Yes, the record industry has changed – mainstream record stores are all but extinct, and many of us download our music, song by song. But seven years ago, bands used MySpace, Facebook was in its infancy and Twitter was just being born. In some ways, the whole process of getting his music out there has come full circle for Fearing.

Back in 1986, when he released his first solo album, he’d order 20, 30 cassettes at a time, fold the inserts and assemble the package at his kitchen table. Now, Fearing is back to taking care of a lot of these things himself, working on the design, ordering the CDs before heading out on tour.

“What’s happened in between is the technology has grown in leaps and bounds. I’m no longer going to the mailbox and pulling out mail that was fan letters that I would write back … now I’m online,” Fearing says. “There’s so much more work that I can actually do myself, and consequently, there’s so much more work that I have to do myself. And the learning curve is steep but what’s possible is huge, and I can reach thousands and thousands of people from my desktop – which is incredible to me. And for any individual artist, the possibilities are huge.”

Let’s go back a bit – it isn’t that Fearing has not been doing anything in between the release of 2006’s Yellowjacket and this year’s Between Hurricanes, of course. He’s also one of the founding members of Blackie and the Rodeo Kings and Fearing & White, as well involved in producing other artists. But before he knew it, it had been too long since he sat down and wrote songs just for himself, for his fans. In many ways, Between Hurricanes is for his fans. Pared down to its barest elements, Fearing’s latest album is intimate and, at times, melancholy. It’s a reminder that even when you’re lonely, you are not truly alone if you’ve got a good soundtrack. Beyond the stories he sings about, the songs evoke a mellow drive across the country with the sun at your back.

“As you cross the country, within that umbrella, you play everything from small theatres to coffee houses to school gyms,” he explains. “And I’ve never really made a record, where from the very start I was aiming it at that audience. In that I was thinking about, from the start of writing the songs, I was thinking about me on stage solo. I was thinking a lot about ‘who am I going to playing these to?’ and ‘what do I want them to take away from this experience?’”

“It’s a little nerve-wracking because, of course I am, and that’s still a big part of what I do,” Fearing says. “And this record is a chance for me to kind of go out there and hang my shingle out again.”

Stephen Fearing performs at The Arts Station on March 11.

Another must-see show: folk-rock band Portage and Main will also travel through Fernie in March. Playing at the Northern on March 30, the Vancouver band is touring in support of its latest album, Never Had the Time.