Far To Go by Alison Pick 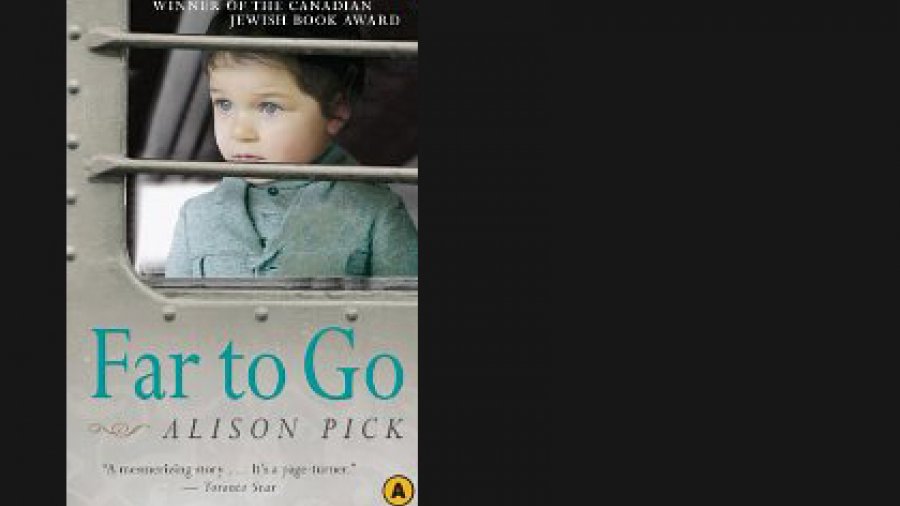 The Man Booker Prize is an annual award given to the best work of fiction in the British Commonwealth and Ireland. Alison Pick’s Far to Go is one of three Canadian books recently long-listed for the 2011 Booker, a great honour which was just the incentive I needed to pull it out of my towering to-be-read pile. I’m very glad I did. Pick’s story held me firm in its grip from the first sentence to the last, her characters as real to me as my next-door neighbours.

Far to Go focuses its attention on an affluent Jewish family in 1939 Prague during the lead-up to Hitler’s invasion of Czechoslovakia. With her poetic attention to detail and her compassionate understanding of character, Pick humanizes history. Readers live the Nazi invasion through her characters: Pavel and Anneliese Bauer, Pepik (their six year old son), and Marta (their governess). Through Pick’s layered story, we come to a deep understanding of the complex nature of love and betrayal in a world gone mad.

One family tries to hold its life together as the rest of the world falls apart. Pick’s rendering of this family is subtle and touching, especially the bond between the young boy and his nanny. The beauty of this novel is in the way Pick avoids losing these minute domestic details under the weight of such massive, tumultuous historical events.

Possibly the most harrowing section of Far to Go is when little Pepik is sent off on the Kindertransport. The echo of his childlike love of trains against the trauma of him being pushed onboard without his parents into an unknown future is nearly unbearable. At the start of the novel, Pepik and his nanny Marta both love trains for their endless possibility, but now: “The train was long and black, and entering it was like being swallowed by a snake. The snake had dislocated its jaw to take Pepik in, and now he was being worked down into its body, deep, to the tip of its tail.”

The female narrator tells us right from the start of the novel, “I wish this were a happy story.” She warns readers not to expect a book in which hope is redeemed in the end and we come to believe in the “essential goodness of the world around us.” However, in Pick’s conclusion, there is hope: hope in the power of a story and the importance of remembering. Pick could not have written such an ambitious, subtle, well-researched, and deeply empathetic novel without hope. The narrator composes this story of (feigned) remembrance for Pepik so he will have “some sense of completion, some resolution—even imagined—to the tragedy that opened his life.” Ideally, Far to Go offers that kind of completion and resolution to all its readers.

Far to Go is a breath-taking, heart-breaking novel, and Alison Pick is a beautiful writer. I have my fingers crossed for her, and will be watching the Booker short-list announcement on September 6th. Go, Alison!