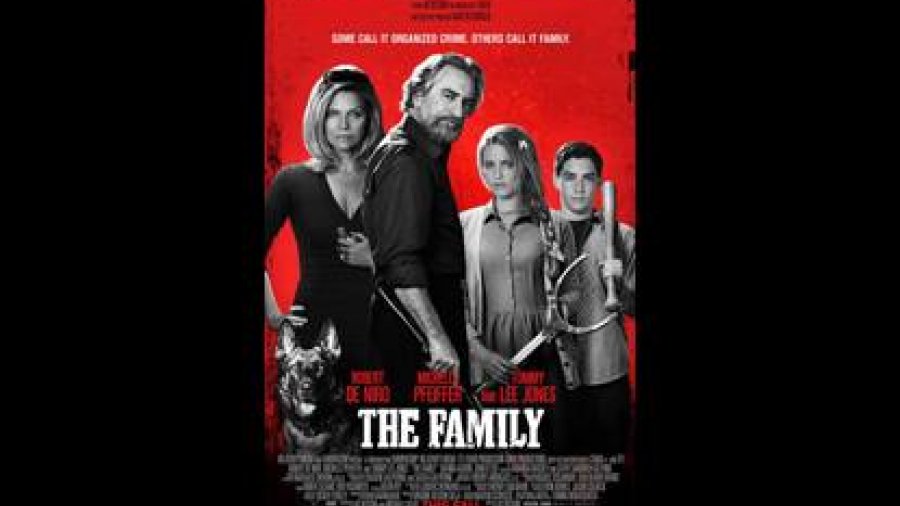 Luc Besson first came to the American movie-going public’s notice when he directed The Professional, a film about a hitman who adopts an orphaned 13-year old girl. The film grossed $25 million world wide and had a $16 million budget. It featured Jean Reno as the hitman and the very young Natalie Portman (who was 13 years old at the time) as Matilda. Riding on the waves of that initial success, Besson went on to direct The Fifth Element with Bruce Willis, Gary Oldman and Milla Jovovich, Ronan featuring Robert De Niro, Sean Bean and Jean Reno, and The Messenger, the story of Joan of Arc. All of these were extremely action-packed but of questionable quality.

Besson's latest offering is The Family, the tale of Giovanni Manzoni (played by Robert De Niro), a powerful New York gangster who, along with his family, has been placed in witness protection after he informs on his business associates. The movie follows the family as they try to adapt to life in a small French village.

This film has everything we have come to expect from a Luc Besson movie. It has gun fights, explosions and strong female leads. The villains are truly villainous and deserve to be triumphed over, and since Martin Scorsese was executive producer, it has enough New York attitude to pass itself off as an American gangster movie.

The major problem with the film is the amount of gratuitous violence. On the one hand, Besson wants us to root for Manzoni and his nearest and dearest as they try to avoid getting brutally murdered by the mob hitmen, and all the stars in this film do manage to make us like them. But then the characters will do something so vicious that it will destroy any sympathy that we previously had for them.

Starring alongside De Niro (Heat, Meet the Fockers, Silver Linings Playbook, Wag the Dog) are Michelle Pfeiffer (Stardust, Batman Returns, Dark Shadows, People Like Us) as Giovanni's wife, Dianna Agron (Burlesque, Glee, Heroes) as his daughter and John D' Leo (Cop Out, Wanderlust, Booklyn's Finest) as his son. Tommy Lee Jones (No Country for Old Men, Men in Black, Emperor) is also featured, playing Robert Stansfield, the F.B.I. agent in charge of hiding the family. They all play decent rolls, but in spite of their previous accomplishments in film, there are no Oscar-winning performances in this movie.

I find it interesting that a French director could make a movie in which there are so many French people with so few redeeming qualities. Although the villagers are interesting, they do not earn our sympathy or affection. Besson seems to want to portray his countrymen as judgemental, self-absorbed and dishonest; in this way they are no more admirable than the gangsters living amongst them. The film could have been shot in any European country because we see very little of the French countryside and nothing of France's urban areas. Despite having De Niro, Pfeiffer and Jones in the film, it appears to have been shot on a small budget, and this is reflected in the quality of the film.
If you like De Niro and Pfeiffer, see this movie, but I have to say there are better gangster films which will give you a better return for your money. See The Godfather again.