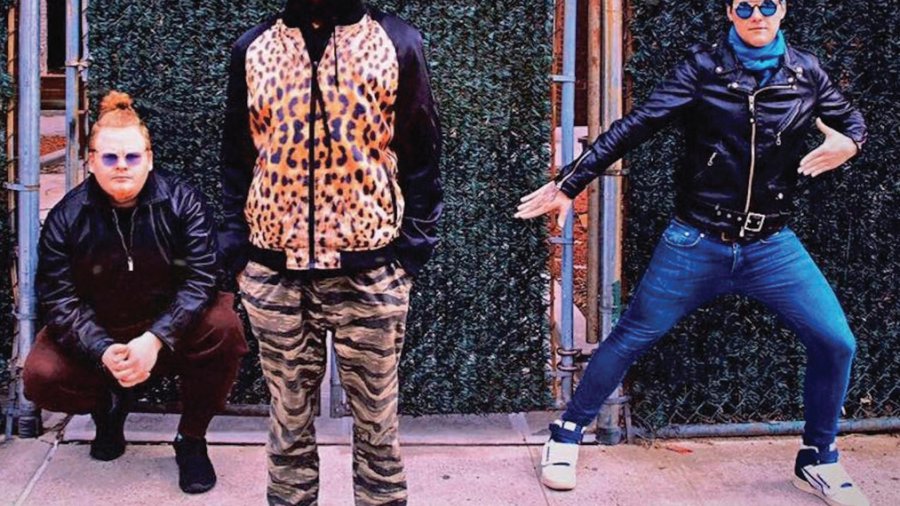 Now that our summer is winding down, and we start to bring a summer of outside music indoors, here are a few of the things we have to look forward to this month. It starts with banjo and ends with banjo, and there’s all kinds of other music to fill in the between.

Dan Walsh – Sept. 7
After two months of hosting wonderful weekly outdoor concerts in July in August, The Arts Station opens its official Concert Series with Dan Walsh. The Brit is known for crushing it on banjo. He sings too, but the real stories come through his banjo strings, using them to explore sounds from around the world, from Middle Eastern to rock ‘n’ roll. Walsh has been loving music for his whole life and picked up the classical guitar at eight years old.  A chance meeting with a banjo teacher in the UK led into an obsession that has seen him release six albums since 2009.  If you think you’re not really into banjo, be prepared to be surprised.

Too Many Zooz – Sept. 13
If you want to know if your music is any good, being able to attract the attention of harried New Yorkers at a subway station is a good indication. It’s an intense residency. After a couple of years of subway-station busking, a fan posted a video of the self-described “brass house” trio on YouTube and the video went viral.  Since then, the band has released three EPs and the Subway Gawdz LP. A crowning moment was backing the Dixie Chicks and Beyoncé at the CMAs in Nashville last November. Bring your dancing shoes to the Northern for this one.

Fozzyfest – Sept. 14-17
Starting as a friend’s birthday party in Kanaskis in 2005, Fozzyfest found its Koocanusa home after the floods of 2013 made it’s previous location untenable. Since then, it’s become a fun way to close out summer for local fans of dance music. With three stages, the festival brings in Canadian and international DJs, as well as bands. Make sure you check out the festival’s website for more info, and get your tickets in advance because the festival won’t be selling tickets at the door.

Kootenay Hootenanay – Sept. 15
The Fernie Chautauqua and Fall Fair welcomes country musician Craig Moritz to town. His down-home and pop-country music has been wowing audiences from the Calgary Stampede to Nashville and back again. His easy smile, heartfelt lyrics and toe-tapping rhythms will have more than a few of you two-stepping away your Friday evening.

Brett Wildeman – Sept. 17
During the summer of 2015, this folk musician rode around the Pacific Northwest, cycling some 2,800kms and writing songs about his journey. The fruits of this trek were released on an album, The Tools We Possess, last month. His music is raw and intimate, conveying his love of the natural world. Check him out at Infinitea.

Tim Williams –Sept. 28
If the end of summer has you singing the blues, go to The Arts Station to commiserate with Mr. Williams.  After 40 years in the roots scene, Williams certainly has the chops to entertain, and he garnered first place in the solo/duet category at the 2014 International Blues Challenge in Memphis. He truly is a master at blues slide guitar, and we’re lucky that he often includes Fernie on his circuit.

Gillbilly Festival – Sept. 29 – Oct. 1
The Old Type Music Society is bringing back the Gillbilly Fest for a second year for a fly-fishing, banjo-strumming extravaganza. Pharis& Jason Romero, Jim & Lynda McLennan and Chris Coole will be performing and there will be enough jammin’ and eatin’ and fishin’ to fill your weekend.