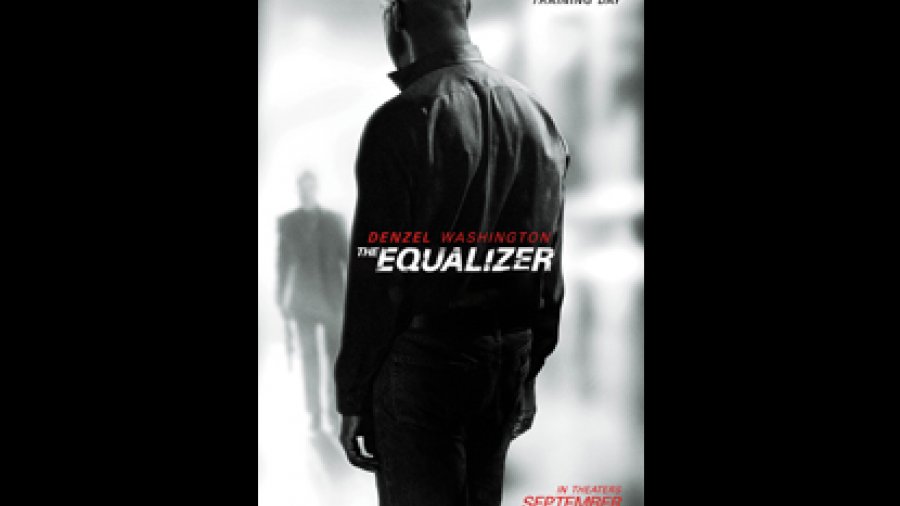 Denzel Washington is one of America’s greatest actors. From Glory to Training Day, Red Tide to Flight he has shown over and over again that he is a very talented and charismatic performer. His screen presence combines keen intelligence with a confidence that makes the audience empathize with whichever character he is playing. My two favourite Denzel Washington performances are from Malcolm X, where he plays Malcolm, and The Inside Man, where he plays Detective Keith Frazer.

At almost sixty years of age Denzel doesn't fail to impress. He dishes out huge amounts of old testament justice in The Equalizer, a good old-fashioned action movie that makes no apology for what it is. The film is the story of Robert McCall (played by Washington), a mild-mannered, big-box store employee and ex-CIA agent, who befriends Teri, a teenage sex worker.

The teenager is played by Chloë Moretz. Moretz first appeared in film as the little sister in 500 Days of Summer, and came to prominence in the action movies Kick Ass and Kick Ass 2. She also played a starring role in the Martin Scorcese masterpiece Hugo.

After seeing Teri mistreated by her employers, who just happen to be violent Russian gangsters, McCall seeks vengeance and goes on an anti-mob killing spree that is the centrepiece of the film. It has to be said that without Denzel Washington's excellent performance, the film could have been absolutely awful. The villains, for the most part, are like one-dimensional cartoon characters.

The exception is Marton Csokas, who is wonderful as a well-dressed, icily polite Russian mobster who serves as the movie's main villain. Born in New Zealand, he has played every role from an Elf in the Lord of the Rings to an Israeli spy in The Debt (with Helen Mirren), and has acquitted himself admirably in every role he has taken on so far. In this film he does the best he can, given that the character he plays is paper-thin and is simply evil for the sake of being evil. Even the character of Robert McCall is not fantastically well drawn, and although Chloe Moretz gives a good performance, her character doesn't have enough substance for her to have saved the film if someone less charismatic had played the equalizer.

The director is Antoine Fuqua. His previous work includes Brooklyn's Finest, Olympus Has Fallen, and the film that got Washington his Oscar, Training Day. In The Equalizer Fuqua does what he does best, creating a bloody, action macho fest that pushes our more animalistic buttons. The storyline may not be particularly complex, thoughtful or inspired, but at least Csokas gives Washington, who at this point should be playing grandfathers, a chance to play a role that allows him to shine.

This isn't a spectacularly terrific film, but if you enjoy the acting styles of Csokas, Moretz and Washington, then you will most definitely appreciate this film. If you like a huge amount of subtlety then I recommend that you give The Equalizer a miss.