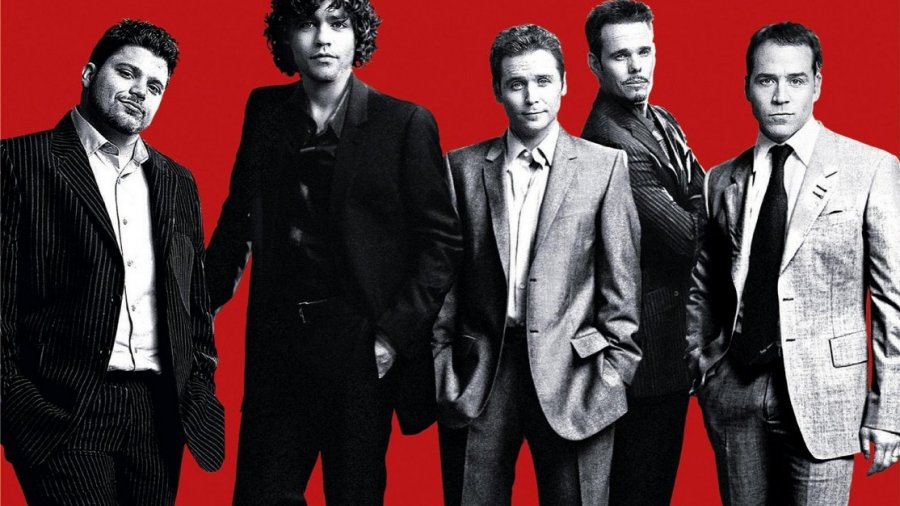 Hollywood has a long history of television movies about manly men. Tough-minded individuals who don't express their feelings, do not have strong connections with the women in their lives and are most certainly not gay. From Stage Coach, which was released in 1939, to Gladiator, which hit theatres in the year 2000, American cinema has presented emotionally stunted macho men as heroes. This tradition continues with the HBO series Entourage. It is about a movie star and his friends trying to succeed in the Hollywood film industry. It deals with the career of Vincent Chase, a handsome, confident, perpetually calm womanizer, his bantam loyal manager Eric Murphy, his driver, nicknamed Turtle, his middle-aged brother Johnny, and his perpetually foul-mouthed agent Ari Gold.

Adrian Grenier (The Devil Wears Prada, A.I. Artificial Intelligence) gives a good performance as Vincent Chase, but he hasn't been given a lot to work with. There is no character development from episode to episode. His personality remains static and bland and, needless to say, quite boring.

The same can be said of the other characters in the show. While they give competent performances, there really isn't a lot for them to sink their teeth into from a dramatic standpoint. The one sympathetic character is the manager played by Kevin Connolly who has done most of his work on television but has appeared in movies such as Reach Me, The Notebook, John Q., and Secretariat. Connolly portrays the most decent person in the series, with an obvious sense of morality when dealing with the Hollywood power brokers.

Two of the other main characters share similar annoying characteristics. Jerry Ferrara (Lone Survivor, Think Like a Man, Battleship) plays Turtle. He is supposed to earn our empathy because of his lack of social skills, but he can be unbelievably stupid. The same can be said for Kevin Dillon (Platoon, The Doors, The Blob) who plays Johnny, Chase's insecure, woman-hating older brother.

Jeremy Piven stands out in the role of Ari Gold, Vincent's loud, irritating, sociopathic agent.  His character is probably what attracts many viewers to the series, but Ari is one of the most problematic aspects of a show built on the worship of excess and the objectification of women. He is ruthless and abusive to his underlings. He hates women and gays, and has contempt for everyone else in the industry. We are supposed to root for Ari in his struggle to make sure his client succeeds, and we do to a certain extent, mainly due to Piven's excellent portrayal, but we are soon aware that he is totally retrograde and not worthy of our respect.

Ari Gold is the best drawn individual in a cast of one dimensional characters whose only motivation seems to buying a lot of stuff and and having sex. Entourage is basically Sex in the City for men, except instead of rich, entitled women buying shoes, Entourage is about rich, entitled men buying hummers.

This is really not a good series, but I did get a perverse sense of pleasure from viewing it.

If you decide to check it out, don't expect characterization and stories worthy of The Wire. If you want to see quality HBO fare watch Game of Thrones instead.