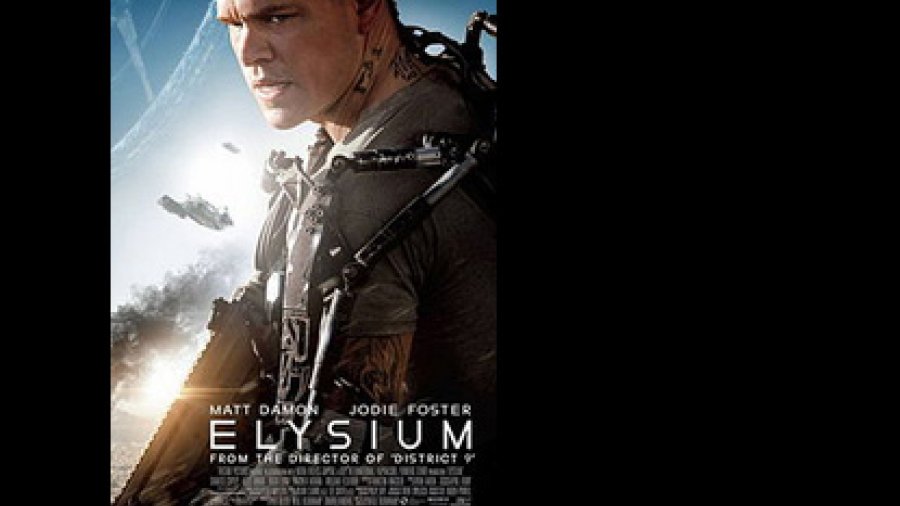 Matt Damon (full name Matthew Paige Damon) was born on October 8, 1970 in Cambridge, Massachusetts. He first came to the movie-going public’s attention when, in 1997 he starred alongside his childhood friend Ben Affleck in Good Will Hunting, the screenplay for which he wrote with Affleck. Since that initial success he has gone on to star in many excellent films including The Talented Mr. Ripley, Dogma, The Rainmaker, Bourne Identity, The Departed and The Good Shepherd.

The story of Elysium is that of a dystopian future where the vast majority of humans live a poverty-stricken, hard-scrabble existence on an Earth that is scarred, hyper-violent and decaying. It focuses on Max deCosta, an ex-convict living on this blasted, maimed version of Earth that suffers from massive inequality of income and civil rights, and his attempt after a nasty workplace accident to heal himself by breaking into Elysium, the space station on which the wealthiest and most privileged humans live.

This is not a subtle movie. It is clearly meant to be a left wing critique of capitalism in general and American immigration policy in particular. And like District 9, which really was a film about apartheid, it hits you over the head with its message.

The action sequences are marvellous, but while the script is adequate, it's not wonderful. What a shame that Blomkamp is better at blowing things up in his movie than putting forward big ideas like immigration reform.