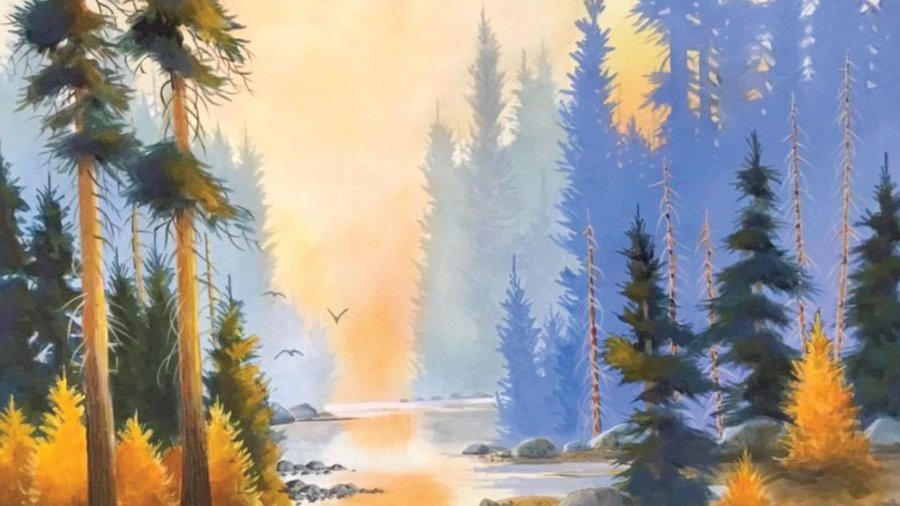 My name is Edwin “Tex” Wiebe and I am a contemporary artist working in mixed media.

I was born and raised in Coaldale, Alberta although my wife Louise and I spend most of our time between British Columbia in the summer and Mazatlan, Mexico in the winter.

I believe some of my talent in painting was inherited from my grandfather. He drew me a picture of a deer when I was four or five years old. I remember that picture really impressed me and may have been the seed that gave me the inspiration to start. Shortly after I decided to give it a try in the first grade where I got in trouble for showcasing my art on the school outhouse walls, sending me on a trip to the principal’s office. In second grade my teacher showed a picture of a sailboat that I had drawn to the whole school. After that, I participated in anything art-related that I could and in sixth grade, I placed in a national art contest.

In eighth grade, my teacher Mrs. Brower, who was a watercolour and oil artist, started an art club once a week for half a dozen students who wanted to be artists. I bought five tubes of oil paints that were red, blue, yellow, white, and black. Back then we painted on a product called “Beaver Board” because we could not afford canvases at the time. Through school, I was able to sell some paintings to relatives and friends.

At age twenty-three I became a graphic artist working for National Neon in Lethbridge, AB. I continued in the sign business, starting my own company when I turned twenty-five called Southern Signs. In 1975 I sold that business and turned my attention to silkscreening by Starting Tex-Style Silkscreening and Embroidery. Tex-Style specialized in t-shirts, hats, jackets and team uniforms. I sold the company to my daughter Dawn in 1992. With my history as a graphic artist and doing a lot of detail work, I find that I now have a hard time loosening up on my painting.

After moving multiple times I found that my oil paints and brushes had disappeared, and it was then I decided to try watercolour, which I found I really enjoyed. In 2010 I was inducted into the Wall of Fame for the Palliser School Division which consists of 49 schools, for Outstanding Achievement in Fine Art. My spring and summer are spent living off the grid on the pristine Bull River in British Columbia where I have many subjects to paint. I also designed and built a full scribe log home for me and my family to enjoy there. I spend many hours hiking and fishing in the mountains which gives me inspiration for my paintings. I love painting the mountains, trees, and rivers and my favourite trees to paint are Aspens. Each Aspen grove seems to have its own genetics - one grove will turn red every year while others may only turn yellow. As the season changes the aspens give me the inspiration to get the brushes out and start painting.

I am now in three galleries in the Kootenays - Stephanie’s Glass and Art in Fernie, Fernie Art Co-op and Cranbrook and District Art Council, as well as two in Alberta. I am also a regular at the Art Walk in Mazatlan, Mexico from November-April. My art has gone to collectors from Canada, the USA, Japan, Mexico, and Europe.

To see Edwin’s artwork or learn more about him, visit the Arts Co-op in downtown Fernie, message texwiebe@hotmail.com or follow him on Facebook.