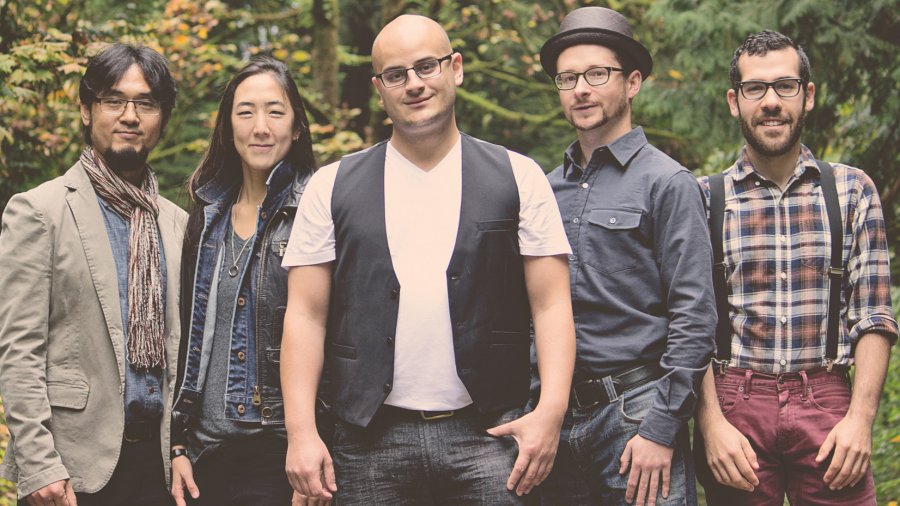 We’re coming off of a summer of great live music in Fernie, thanks to Wapiti, the Wednesday Socials and the offerings from the regular venues. I don’t know about you, but the more live music I see, the more I want to see. In this back-to-school month, back-to-routine month, don’t forget to do something for yourself. More music!

A lot of us have bike buddies, ski buddies or gym buddies, folks that help remind us to get out there when life gets busy. Band buddies or dance buddies are just as effective. They’ll remind you that there are three talented local bands playing at the Museum’s Fernie Chautauqua & Fall Fair on September 10. Wild Honey, Hark Raving Sirens and the Coal Creek Boys are all performing that Saturday afternoon. Or they’ll say, “Hey, I read about this folk-pop band in the Fernie Fix – let’s go check it out!”

The folk-pop band in question is Vancouver’s Echo Nebraska. Beautiful harmonies and catchy rhythms anchored by lead singer Devan Christodoulou’s yearning vocals. While all inspired by the folk and pop of the late ‘60s, the band’s music isn’t what you would call “mired in nostalgia.”

It all started in 2014, when Christodoulou had some songs that didn’t quite fit with the band he was in. He demoed them with a couple of friends – Gunn Park and Andy Schichter – and they all knew that they had something. The “Hey, Allison” video was added to CBC Music’s Best New Music Videos for November 2014. Send the Ships, the debut EP, was put together, released in January 2015, and Echo Nebraska was on its way. The guys just needed to put together an official band, so to round out the lineup, the guys reached out to Craigslist.

“There are some people where it’s just very strange, and some that are way too expensive for us,” Christodoulou says. “But I’ve met a lot of beautiful people in my life through music and posting ads like that on Craigslist or meeting people for open mics and whatnot, just through networking and shaking hands.”

Currently working on a full-length album, which Christodoulou says should be out in 2017 – if all goes well, of course. This time the writing process is going to be a little different, as there are more cooks in the kitchen, so to speak. More musicians means more ideas, but it is an opportunity for the Echo Nebraska to become an even more cohesive unit.

“It’s just so much fun to hear the song just take a new shape of its own, and go in a completely different direction,” he explains. “That’s what’s exciting, though. It’s still us and it’s still Echo Nebraska. Time goes on, sounds evolve, everyone has their different flavor, so everyone might have their own interpretation of a feel or an idea and spin it off one way or the other, but … to me that’s so exciting.”

Like many musicians, Christodoulou loves the whole process of jamming out ideas, and he’s excited that Echo Nebraska is working on new songs. Between everyone’s full-time day jobs and some lineup changes, working on new stuff becomes a recurring entry on the band’s to-do list. Christodoulou has a bunch of songs and ideas recorded on his phone that the band has started to shape. After this tour, which will see the band perform in BC and Alberta, there’ll be more time to hash out songs and get into the studio.

Talking to Christodoulou, one really gets a sense of his positive attitude – which permeates Echo Nebraska’s music. It isn’t that the lyrics are all “happy-happy-joy-joy.” It’s more like the music is made to be a balm for all that ails you, a little something to put a little hop in your step. And really, isn’t that what you want when you go out to see live music?

Echo Nebraska is performing at the Northern on September 17.