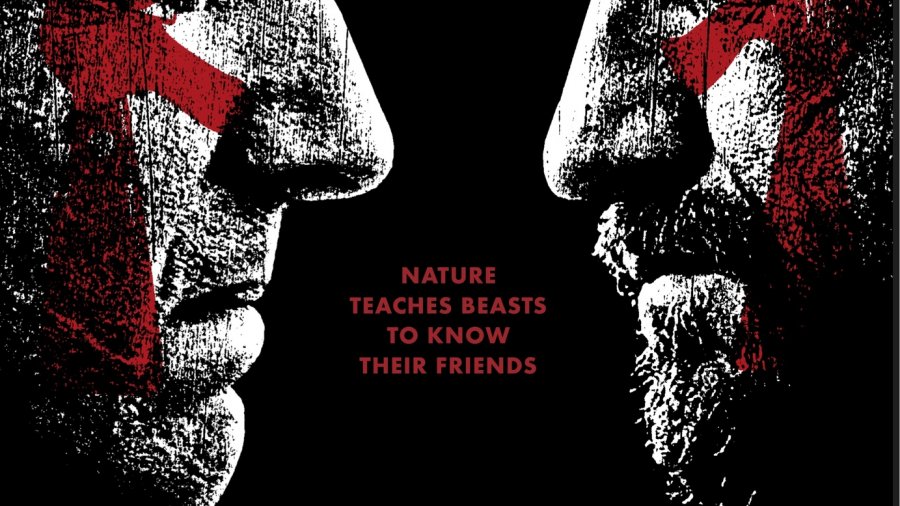 Coriolanus was originally a play based on the life of the legendary Roman general Caius Martius Coriolanus during a time of upheaval in the city of Rome. Martius was blamed for the city’s problems at a time when stores of grain were withheld from the citizenry and civil liberties were suppressed due to a war between Rome and Volsci. Martius became famous for effectively quelling the riots which ensued.

The play was one of the last two tragedies written by Shakespeare (the other was Anthony and Cleopatra) in the early 17th Century. Its tragedy lies in the fact that although Martius is a brilliant general, he is openly contemptuous of the ordinary citizens of Rome, and when he uses his military success to enter politics, he soon finds that his temperament is not suited to being a successful politician. The alliances he forges result in his ultimate downfall.

This 2011 British film adaptation is set in the present day. It was written by John Logan, an American screenwriter, with three Academy Award nominations, including for Best Original Screenplays for Gladiator and The Aviator, and for Best Adapted Screenplay for Hugo. Coriolanus is Ralph Fiennes’ directorial debut. He also stars in the film, assuming the role of Caius Martius.

Fiennes has a long career in film and theatre, and first achieved success on stage at the Royal National Theatre. His notable film roles include his portrayal of Nazi war criminal Amon Goth in Schindler’s List (1993) for which he received Academy and Golden Globe Award nominations, and the BAFTA Award for Best Actor in a Supporting Role. His performance as Count Almasy in The English Patient (1996) garnered him further Academy, BAFTA and Golden Globe nomination. More recently he has appeared as Lord Voldemort in the Harry Potter series ( 2005-2011). He also has two films in post-production in 2020, the next James Bond movie (No Time to Die) and The King’s Man, a prequel to the Kingsman film series.

In spite of his success in film, he has continued to work in live theatre with a 2019 performance as Antony in Antony and Cleopatra at the National Theatre. For his work behind the camera he received the Stanislavsky Award (2019) from the London Film School.

Other award winners who appear in Coriolanus are Gerrard Butler, who plays the military leader Tullus Aufidiu, commander of the Volscian army and Martius’ nemesis; Brian Cox as Roman consul Menenius Agrippa; Vanessa Redgrave as Volumnia, mother of Martius; and Jessica Chastain as Coriolanus’ wife Virgilia.

Brian Cox is a Scottish actor who gained recognition for his portrayal of King Lear with the Royal Shakespeare Company. An Emmy Award and Golden Globe winner, he had notable performances in the Bourne series. Vanessa Redgrave’s acting career has spanned over six decades with Academy Award nominations for Mary, Queen of Scots (1971), Isadora (1968), and Morgan – A Suitable Case for Treatment (1966).
The Scottish actor Gerard Butler has had numerous films and television series since his on-screen debut in 1997’s Mrs. Brown. He made his television debut in 1998’s The Young Person’s Guide to Becoming a Rock Star. He has one 2020 film in post-production, the American disaster film Greenland.

Coriolanus is a good movie with wonderful performances from first class actors. It may be based on an old Shakespearean play, but it is still very engaging and is definitely worth a look.