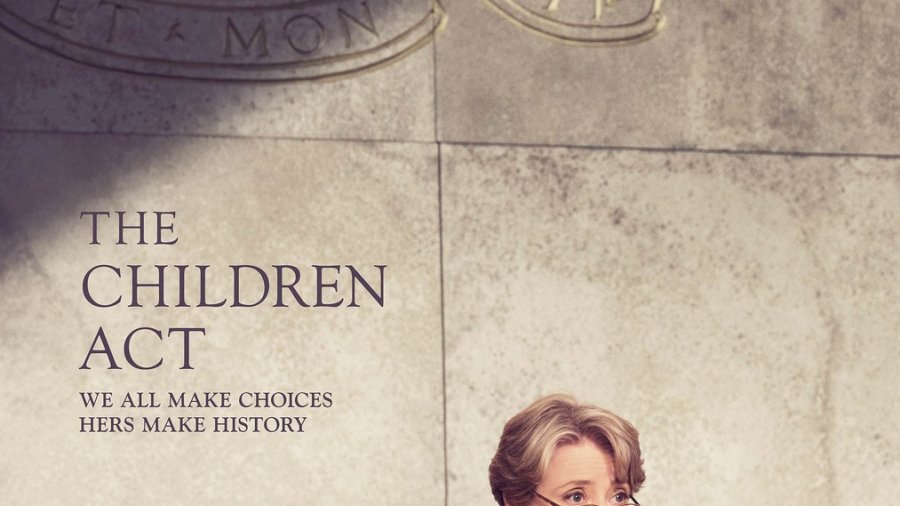 The Children Act is a 2017 drama based on Ian McEwan’s 2014 novel of the same name. The background of the film is the British legal system which represents children when there is a conflict between the welfare of the child and the interests of the parents. The central character in the film is Fiona Maye, a judge in the Family Division of the High Court, who must rule upon a case where a 17-year-old boy requires a blood transfusion to help cure him of leukemia. The conflict lies with his parents, who are Jehovah’s Witnesses and believe that having a blood transfusion is forbidden by their religion.

The film features Emma Thompson, Stanley Tucci and Fionn Whitehead in the major roles. Thompson plays Fiona Maye, a judge who visits the boy in hospital to determine whether or not his wishes are being influenced unduly by his family. The two establish a relationship that results in the boy stalking her after his release from hospital. Thompson is one of Britain’s most acclaimed actresses. In the early 1990s, she often collaborated with her then-husband, actor and director Kenneth Branagh, the pair co-starring in several films, including Dead Again (1991) and Much Ado About Nothing (1993). In 1992, Thompson won an Academy Award and a BAFTA Award for Best Actress for the period drama Howards End. In 1993, she garnered dual Academy Award nominations for her roles in The Remains of the Day and In the Name of the Father. Thompson scripted and starred in Sense and Sensibility (1995), which earned her numerous awards, including an Academy Award for Best Adapted Screenplay, which makes her the only person to receive Academy Awards for both acting and writing, and a BAFTA Award for Best Actress.

I like Thompson a lot, and in this film she absolutely stands out. The rest of the movie, however, is not great. Stanley Tucci plays the judge’s husband, a neglected husband, made less sympathetic when compared to the issues faced by both his wife and the cancer-ridden teenager.

Fionn Whitehead is best known for playing the lead role in the 2017 film Dunkirk.

Weeks after he finished Dunkirk, he was cast as the teenager in The Children Act. His portrayal does not achieve the sympathy it deserves in spite of the tragedy of the boy’s situation. Unfortunately, he comes across as annoying and selfish. The original novel probably provided a more nuanced view of the teenager’s behaviour, but the film hasn’t been able to capture that in the short time allowed. Our sympathy tends to lie more with the judge who finds herself in an extremely difficult situation as she tries to gently divert the boy’s attention away from her.

If you are a fan of Emma Thompson, this is a film you should check out. If not, give it a miss.

In:
Art and Entertainment
Tags:
movies, Films, Fernie, BC