To Change is Human 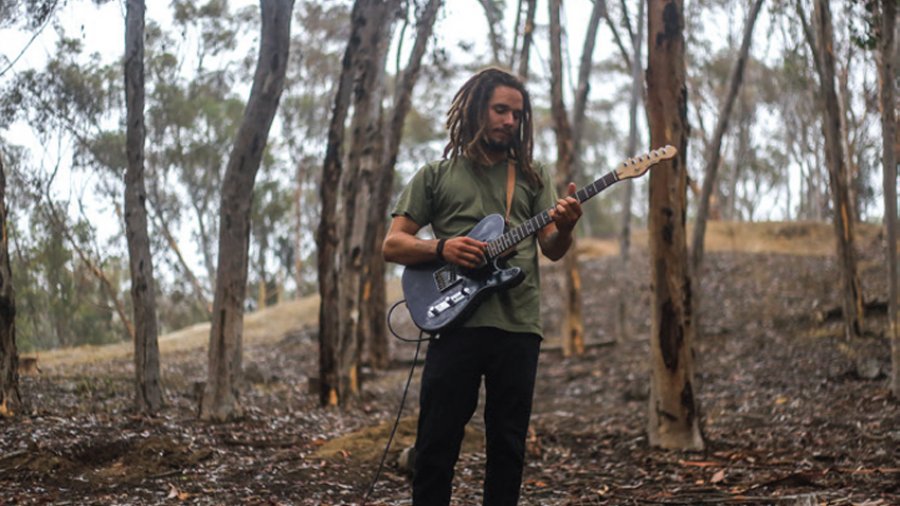 There are a lot of cliches about the idea of change: things change, change is inevitable, if you don’t like something change it, to improve is to change, time changes everything. While there are kernels of truth to these clichés, they tend to live on the surface. They don’t capture the fact that while we are constantly changing, we, individually, are the constant in the change.

Last year, Winnipeg’s Elessar Thiessen released his first full-length record, A Rainy Week in Paradise, and the general consensus among reviewers was that it was a departure from his first EP, Head. Heart. Hands, and that album’s acoustic vibe was seen as a departure from the metal he was playing at the time.

The thing that is constant in both recordings, however, is Thiessen himself. There are so many influences between songs and in the songs themselves that they aren’t easy to pigeonhole. You can hear tinges of blues, rock old and new, soul and folk. Some have distorted synths, others crunchy guitar. Somehow, though, it’s a cohesive unit, all Thiessen.

“It’s a very diverse album,” he says. “I personally can’t stick with one sound. I work as a producer, so I work with everything from country to hip hop and I love all of it. Whatever sound supports the lyrics and my heart of when I first wrote it, that’s what I am going to go for. And even now, I’ve been writing quite a bit lately, and it’s changing a lot. And in a very good way.”

So the constant is Thiessen. His heart is firmly positioned on his sleeve, and the music he makes is decidedly honest. A Rainy Week in Paradise definitely hits on some dark notes, but his yearning for hope is palpable.

“Yes – I think it’s honest. I still deal with a lot of depression,” he explains, “but I have come to realize that I am valuable and that I am loved. In the record, it’s all about yeah, I’m super bummed out, but I know that I am loved.”

Performing his songs is a healing process, and he knows that he’s succeeded when he has audience members approach him after a show to tell him how much they’ve related to his lyrics.

“It just shows me that I am not alone,” he says. “Yeah, it’s hard. But I love it. I love connecting with people. It gives me freedom. I don’t care what people think, as long as one person in the room connects to it.”

Coming from a musical family, Thiessen picked up the guitar at the tender age of eight. When he was 11, he garnered a spot on a K-Tel Minipops album, covering a couple of Black Eyed Peas songs – an experience he says was both good and bad, in that he learned a lot from it, but also that it was not real, not honest. From there, Thiessen went on to try out different musical styles, from rap to punk to hardcore. He hooked up with the Minipops manager to release his acoustic debut EP in 2013.  Now he’s marking his territory as a musician and producer, and his passion for music is unmistakable. His voice soars above, with lyrics that speak his truth. Because, to coin another cliché, honesty is the best policy.