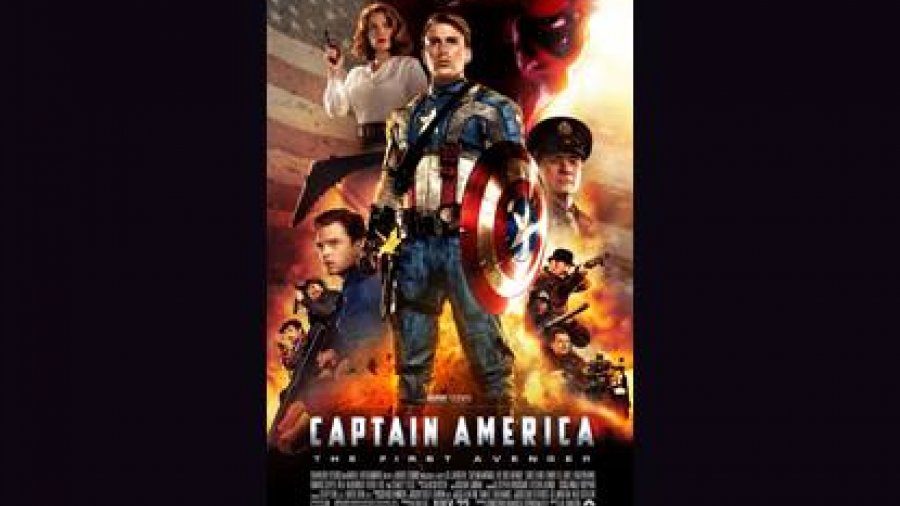 Captain America, that most patriotic of Marvel superheroes, made his first appearance in Captain America comics #1 in March of 1941. Originally designed by Jack Kirby and Joe Simon to be part of the Allied propaganda effort during World War II, the character's popularity has exploded over the last 72 years. It was estimated that, as of 2007, Marvel sold 200 million Captain America comic books in 75 countries.

Since Captain America is so popular, it made sense that the heavyweights who run Hollywood would give him his own film. There were two earlier attempts to turn the story of our favourite super-powered patriot into a piece of cinema: once in 1979 as a TV movie and then in 1990 as a movie for the big screen. Neither was terribly successful. This most recent attempt is better than the first two.

The movie details the Captain's origin story, showing how he started out as a five-foot-tall, 90-pound, arthritic asthmatic, and how through government experimentation he was transformed into a muscular six-foot-tall, unstoppable super soldier. He goes on to single-handedly win World War II and defeat the maniacal Nazi scientist known as the Crystal Skull, played by Hugo Weaving (The Matrix, Percilla Queen of the Desert, The Fellowship of the Ring).

This isn't a great movie. Its director, Joe Johnson, the man behind The Rocketeer (1991) has clearly become more talented in the last 20 years, but is still unable to make a superhero film that really grabs the viewer and makes them truly engaged with Captain America's incredibly exciting and brilliantly concieved comic book universe.

There are good actors in it who give decent performances. Chris Evans (Fantastic Four, Avengers, Scot Pilgrim versus the World) is sympathetic and believable as our protagonist. Hayley Atwell (The Sweeney, Cassandra's Dream, The Duchess) does a fairly good turn as his love interest and an American military officer, who unaccountably has an English accent. Tommy Lee Jones plays himself in the role of our hero's irascible commanding officer. It is a capable performance, but nothing that we haven't seen a hundred times before in movies like Men in Black, Rules of Engagement, Double Jeopardy and No Country for Old Men.

Perhaps, if I had not seen The Avengers first, a superhero film that is clearly superior in its script and characterization, I would like this film more. However, even in the great Hollywood tradition of movies about the Second World War, this film is merely a footnote. It takes a great deal of skill to make a truly gripping movie about a conflict that took place over seventy years ago, and this movie, while exciting in parts, does not draw you in and enthrall you with the theme. If you are interested in a solid movie about World War II, I suggest you see A Thin Red Line, Schindler's List, or The Bridge On the River Kwai which features one of Alec Guinness' most magnificent performances.