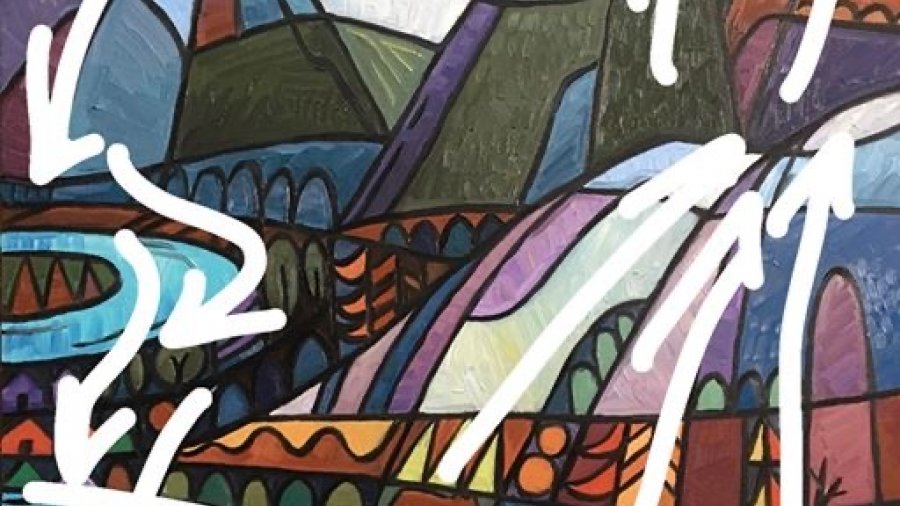 Last year I bought my first real camera; a lightly-used digital SLR. For years I had heard terms like ‘exposure’ and the ever-mysterious ‘f-stop,’ but they remained abstract concepts—the secret language used by photographers to work their magic. Over the past few months I’ve learned that the biggest difference between an SLR camera and a point-and-shoot is the ability to manually adjust the f-stop, which controls the aperture, or size of hole the light comes through. If you think back to primary school when you were making light-boxes to look at projections of a solar eclipse, the aperture would be the size of the pin-hole you make in the box.

Aperture is counter-intuitive to use because a lower number means more light gets through, but the amazing thing it gives you is the ability to change the focal depth—the background and foreground can be blurred out to give the subject of the picture a sharp focus. This ability quickly transforms a camera from a memory capturing device into a tool of advanced composition.

The best art uses the concept of focus to create interesting compositions. In high school art class we were taught about creating a ‘focal point,’ but that’s just the tip of the iceberg in a kit of tools available— interesting pieces have enough depth to engage the viewer for a longer period so they can peel the layers of the story.

Take a look at the pieces of art on the wall around you. Which ones capture your attention and why? If you feel like your eye is being led around the piece by lines, swirling in eddies around shapes, then the artist has done a good job of using composition to engage you in the piece. If you feel like you get caught in a corner, or your eye runs off the edge never to return, then the artist has missed something important. No matter the medium, as artists we need to be conscious of focus when we layout a composition. The late Robert Genn, an esteemed Canadian landscape artist, created for himself a set of eleven guidelines that I’ve found useful for evaluating compositions. Mastering them all is a lifelong process, but let’s have a look at three of them to jumpstart our compositional journey. In his method they are represented by the letters S, O and M*.

S • Eye-control, lead-in, meandering river or wandering path.
Straight lines are harsh and in-human. Using harsh straights in moderation can communicate movement and action, but beware the aggressive feeling of knife-slashing they can bring. To soften the experience, use ‘S’ shapes. Allow the viewer’s eye to meander around the composition. ‘S’ creates calm enjoyment and allows thorough exploration. Nudge the viewer this way and that as a river does to a person on an inner tube.

O • The circular imperative. Keeps the viewer’s eyes moving around.
If you find yourself quickly bored by a piece of art, odds are it’s because the artist has unintentionally led your eye right off the canvas and onto the wall or worse— to someone else’s piece. Of course there can be lines that go off the edge, but the artist must be careful that the overarching motion in the piece is circular. Take special care to avoid things that trap the viewer’s eye in a corner, or push it off an edge.

M • Mystery. A good composition does not need to tell the whole story.
Instinctively our inclination is to include everything about a scene that we find inspiring, but curating a composition is as important as not over-sharing on a first date—a person can feel inundated, which is counterproductive to real engagement. Let the viewer imagine what they can’t see as if the painting is a window into a world they want to visit. Let the mystery entice them. This is where, as a photographer with a good camera, the f-stop can come into play: blur the background, change the focus of the foreground, and most importantly: don’t make it easy for the viewer to absorb everything quickly. Draw them in, give them a tour—like a good real estate agent you can get the viewer to imagine living in that world.

I’ve spent a lot of time over the last year thinking about what makes a great photo and as it turns out, it’s the same thing that makes a great painting: good composition. These rules are made to be broken, but a thoughtful approach can turn a good piece into a great piece. Who doesn’t love a bit of mystery now and then?