Born This Way - The Born Ruffians Headline at Wapiti 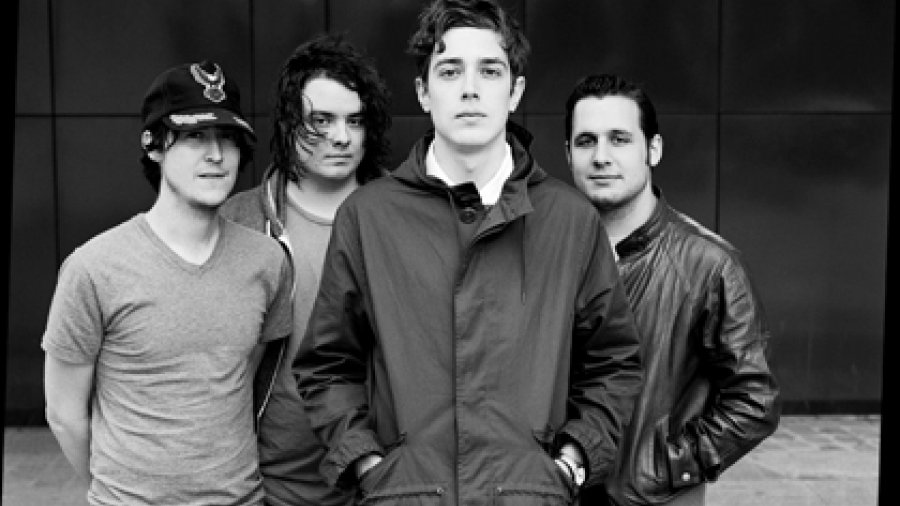 Born Ruffians spazzy pop, infused with a special blend of ‘60s surfer rock and ‘80s glitch, is the perfect antidote for the long year between the first Wapiti and Wapiti 2.0. The Toronto quartet is immensely danceable, and despite what “ruffians” implies, extremely likeable. After spending some six months recording its third full-length, Born Ruffians are also ready to break out and play hard.

Six months in and out of the studio may seem like a long time, but the band has relished being able to have the time to put together its best album yet.

“If you count when we started writing the record, we’ve been working on this record for over a year at least. So it’s been longer than either of our previous records, especially for recording,” says bassist Mitch Desrosiers. “Usually we’re used to just going in for a couple of weeks and getting it done as fast as possible, because we can’t really afford to spend too much money or time working on it.”

Taking time also means that Born Ruffians can record differently, using more of a studio’s ability than before. All of the band’s records—2004’s self-titled EP, 2008’s Red, Yellow & Blue, and 2010’s Say It—were recorded live off the floor, with the whole band playing the songs together in one room.

“We wanted to convey the sound of us playing live together, but I think we were just, like, that’s the best way! We never really thought about any other way,” he says. “Now we’re using different techniques in the studio that we’ve never used. We’re recording separately a lot. We’re able to go back and change things a lot easier if we see anything that we don’t want to use—so that’s really helpful.

“And I think that it’s been a better time recording,” he adds. “When you’re young and trying to get everything done so fast, you feel as though there is a lot of pressure to do so. It can be pretty stressful and stuff. This time it’s relaxed and it feels a lot more collaborative and we’re having a fun time doing it, as opposed to being stressed out and wanting to make our deadline.”

Born Ruffians—rounded out by guitarist/singer Luke Lalonde, drummer Steve Hamelin and keyboardist/guitarist Andy Lloyd—formed in 2004 in Midland, Ontario. The band members soon moved to Toronto to pursue post-secondary education, but made the decision to put school on hold after a year, when they got asked to tour with Hot Chip.

“We are very lucky that our parents are all very supportive and have supported us from the start with this,” Desrosiers says. “Once we came to them with, ‘hey, we’re going to go on tour and drop out of school,’ it wasn’t too much of a struggle. None of us have parents that are, like, ‘you’re going to become a doctor!’ They were just, like, ‘well, that’s good for you’ and they were excited and always come to our shows.”

So far, it’s looking like the right decision. Its infectious live show and being one of the first rock bands signed to UK’s Warp Records has garnered Born Ruffians a worldwide following, and it has had the pleasure of sharing the stage with the likes of Franz Ferdinand and Caribou. The guys have the perfect mix of taking what they do seriously, but not taking themselves too seriously. Which means they should do just fine in Fernie.