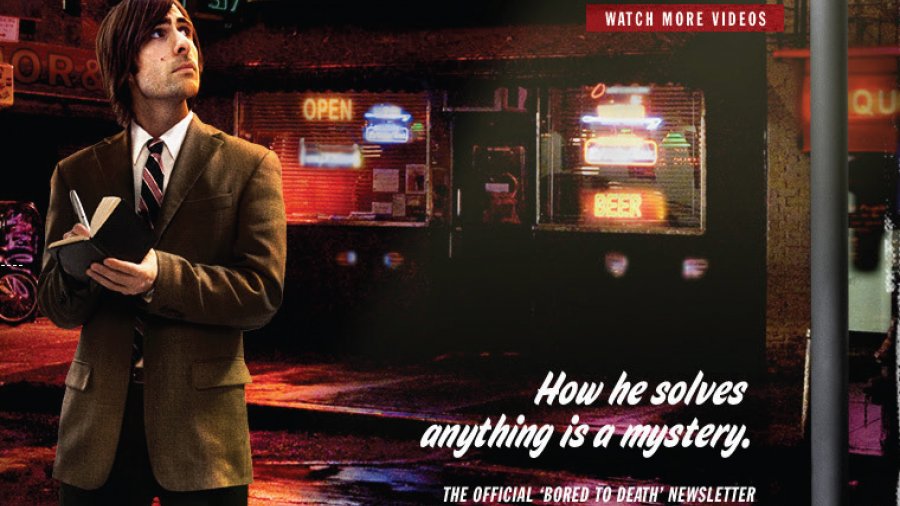 He was a columnist for the New York Press for several years and became known for self-deprecating tales of his sexual misadventures. He has also had a longtime interest in boxing, appearing occasionally in the ring as "The Herring Wonder." With such a varied career, it is no wonder that in 2009 he decided to make a major foray into television and created the series Bored to Death, which aired on HBO from September 2009 until November 2011.

In Bored to Death, Schwartzman portrays a fictionalized version of Ames, who is a failed writer, moonlighting as an unlicensed private detective. He is assisted in his exploits by his friends, George Christopher, the libertine editor of the fictitious New York magazine Edition, and Ray Hueston, comic artist and Jonathan's best friend. Together, the three characters battle with their own neuroses, struggle with their love lives, and have thrilling adventures as they bring New York criminals to justice.

Ted Danson plays George Christopher. Danson has spent most of his acting career in television, first coming to prominence in the role of Sam Malone, bartender in the ‘80s sitcom Cheers (1982-1993), winning two Emmy awards and a Golden Globe for best actor in a comedy series. Danson displays his considerable comedic talent in Bored to Death.

He is perhaps best known to younger television audiences in more serious roles such as Arthur Frobisher, a CEO guilty of insider trading in Damages (2007-2012), and most recently as Sherriff Hank Larson in Season 2 of Fargo. These roles portray a more sensitive side to Danson's acting ability.

Zach Galifianakis has also had a busy comedic career that started in the television series Boston Common in 1996. He plays Ray Hueston in Bored to Death and continues to entertain us with his comedic turns.

The show is low key, and more subtle than other HBO shows such as Game of Thrones or Sopranos, and perhaps this is why it was cancelled after only three seasons, but the acting is great, the scripts are well written and the humour entertaining. It is a shame that shows such as this don't always attract a faithful viewing audience.

Perhaps if Ames had more assistance from co-writers, the series would have had more success. The show is still great and is absolutely worth a very serious look.