Book Some Time in Fernie 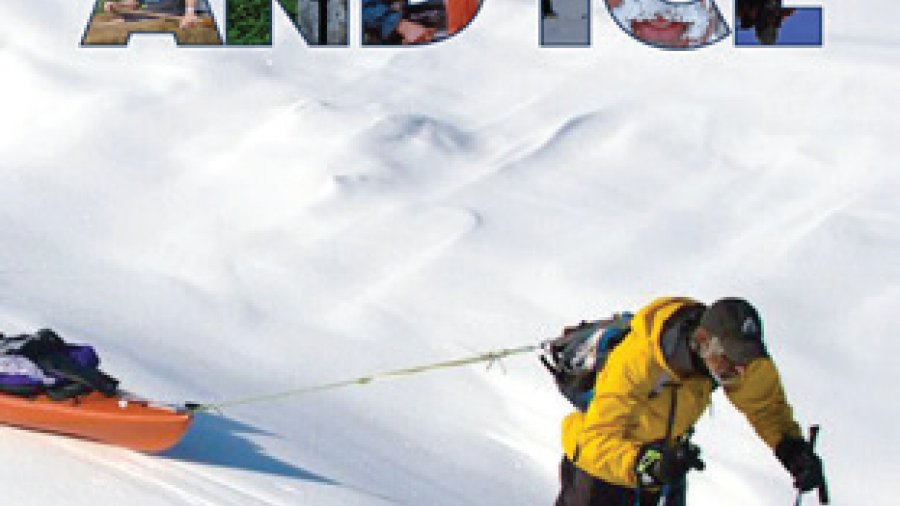 There is no question, Fernie locals and visitors love being outside. Whether it’s sitting in a hot tub and looking at the Three Sisters decked in snow-white dresses or it’s bombing down a trail on planks or fat tires, enjoying the outdoors is part of the Fernie DNA.

Some days, however, are made for curling up by a fire with a great book. From the thriving bookstore Polar Peek Books and Treasures and the beautiful library to a local publisher and local authors, Fernie has got you covered.

Jon Turk
f you want to know what it would be like to kayak and ski around Ellesmere Island, look no further than Crocodiles and Ice: A Journey into Deep Wild, published in September 2016. Over 100 days, Jon Turk and his adventuring partner Erik Boomer kayaked Arctic waters or pulled their heavy kayaks on skis around the island to travel some 1500 miles. Jon was in his sixties at the time. National Geographic named Turk and Boomer a couple of the Top Ten Adventurers of 2012 for this tremendous and dangerous undertaking. However, Crocodiles and Ice is more than just an adventure book. It also sparks the imagination of a big and beautiful natural world. It entreats us to look past the stuff that tethers us to modern existence, to find our personal edge and push past it, because only then do we truly understand our selves and our place in the world. His storytelling is dynamic and colourful and cannot help but inspire. And if you ever have the opportunity to see him speak anywhere in North America, do it! He’ll have you not only laughing, but also reconsidering the dreams you’ve let fade.

Shelby Cain
For a fun and engaging read, pick up a copy of Mountain Girl. Warning: you may skip out on other Fernie offerings because you won’t be able to put this book down. The novel tells the story of Krissy, who disappeared from her small mountain town at 17. Four years later she re-emerges with a small child and a husband. When she rushes her sick child into her hometown hospital, her husband is arrested for her kidnapping. Mountain Girl, published over the summer, gives a very real sense of the Stockholm syndrome Krissy suffers from. At times, readers find themselves rooting for her kidnapper and wondering if her isolated life in the mountains with him was more idyllic than horrific. It’s an incredible feat by this first-time author. The book also features a cover with a painting by local artist Vanessa Croome.

Angie Abdou
Hometown hero and true champion of Canadian literature both in Fernie and across the nation, Angie Abdou has four books to her credit. She’s also quite prolific, so there is surely another book on the horizon. Between, her most recent novel published in 2014, tells the story of a couple uncomfortably grappling with adulthood. Their middle class life, complete with good jobs, nice house, two kids, two cars, and unending busyness, has them tethered in a way that is wholly unsatisfying. To ease the burden, the couple decides to hire a nanny from the Philippines. Between unflinchingly exposes the tensions between entitled middle-class life and the foreign nanny who leaves her life behind, between “master” and “servant,” and between modern motherhood and modern womanhood.

Abdou is also the author of The Bone Cage (2007), which was featured on CBC’s Canada Reads in 2010 and defended by Georges Laraque, The Canterbury Trail (2011), the story of strangers who all make their way to a backcountry cabin, and Anything Boys Can Do (2006), a collection of short stories.

Gordon Sombrowski
For a picture of Fernie before tourism, What Echo Heard, published in 2011, is a wonderful place to start. This collection of short stories uncovers all of the characters that gave Fernie its flavour before there was the Old-Side-New-Side debate. From loggers and miners to mayors and high-class ladies, What Echo Heard is Sombrowski’s love letter to the Fernie he grew up in, the Fernie that shaped him. It’s not all sunshine and lollipops, but it does lay a solid foundation for the authenticity Fernie still holds dear.