The Blues and Laura Smith 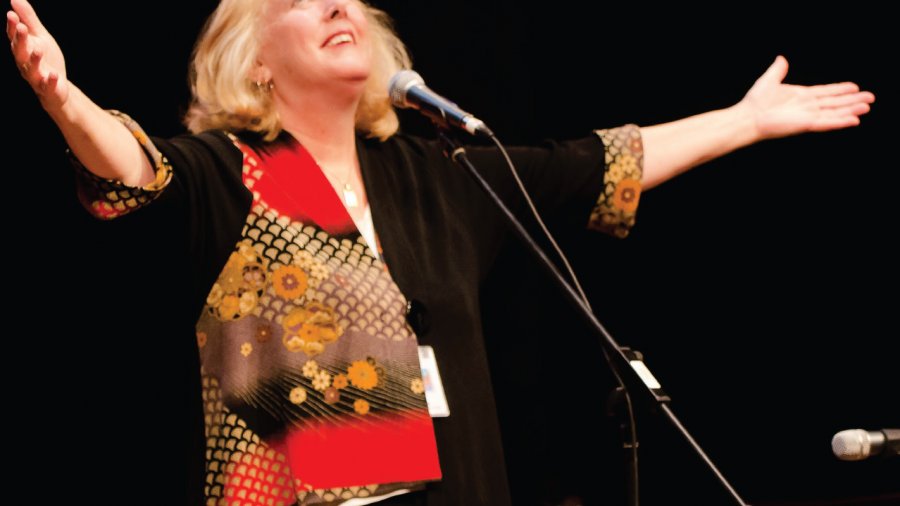 Music is all about partnerships. The obvious partnerships are between band members. Indeed, band life often has been equated to married life. Those of us relegated to audience status don’t often overtly think about the partnership between performer and audience. We notice when a performer is just not connecting, or feel for a band that has to perform for a sparse audience, but when we see a great show, we don’t consider our role in it.

Listening to Laura Smith’s melodious vocals while writing this piece alone on my laptop, I don’t feel lonely. For me, there is a connection to the greater world through her songs (and through music in general). The Nova Scotia-based singer’s last record – Everything is Moving, released in 2013 – is very much about that kind of connection. A combination of traditional Celtic and her own compositions, the album shares her own journeys, both joyful and melancholy, of discovering her heritage and of finding the strength to make it out of the abyss.

Opening the record with the heavy-hearted “Lonely Waterloo,” a traditional song about a young woman mourning the loss of her beloved to war, could be seen as a questionable choice.

This prompted a discussion about sad songs, about a performer having to go to that place, a sad place, a dark place, in order to convey the emotion of the song. How do singers do that without negatively affecting themselves?

“As an artist, there’s an alchemy of turning that emotion into workable stuff that you give to the audience. The audience has their own experience. I don’t have to experience it any more; it’s been transmuted through me,” she explains. “And when I am standing there singing that song, I’m giving that away. I don’t have to wallow in those feelings.

“It’s very selfish for you to have your own experiences with the work when people have paid for you to give it to them,” she adds. “The more one works the emotion into the fabric of one’s performance, all kinds of wonderful things can happen. I often finish a song and I remember nothing, absolutely nothing, about what I just did. Because I’ve gone to the place where I am happy to give the work away to the audience. I am not the least bit worried about the emotion.”

There is no pretense to Laura Smith’s music. Since her first album in 1989, her music has been candid and straight forward, telling stories of a life lived through both traditional and blues compositions. Her songs project the richness of women’s stories, either within the lyrics themselves or within her performance of them. They also project her confidence and experience as a performer.

“My heart and my mind are my editors and I trust them implicitly, and if I don’t feel like I can sing the song, I don’t,” Smith says. “If there is a range issue, where I feel that it’s not going to sound beautiful, then I don’t do it. But all songs are meant to be sung, and there’s nothing to be afraid of if you go into it with all of your gifts intact.”