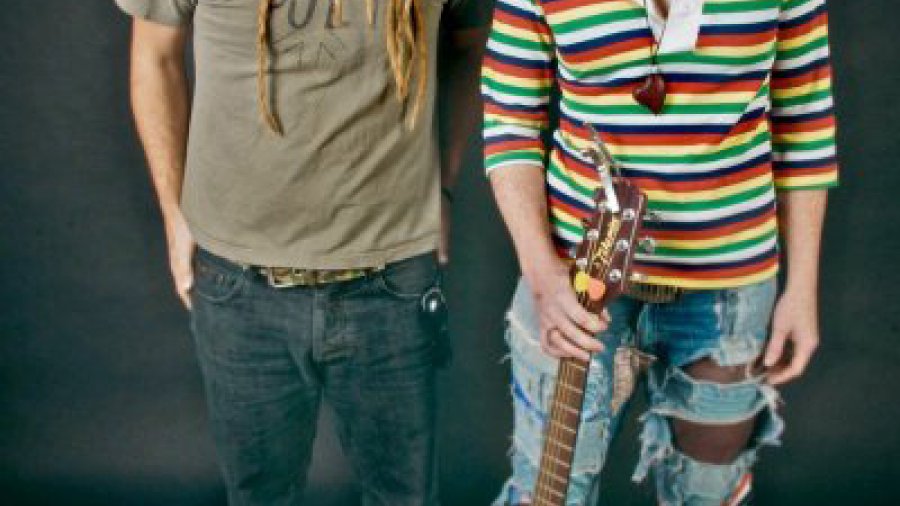 Violet Clarke has the music inside. She’s had it her whole life, beginning formal piano training at the tender age of three and later picking up the ukulele, guitar and harmonica. Her voice is as perfect for a hot summer day as it is for a cool fall night. Yes, she’s had it her whole life and she’s still contagious. Just ask her husband, Sly Boston: he caught the bug enough to propose a band together, and he still had to learn how to play.

The pair formed Sly Violet , a folk-rock duo based in Ontario, out of Clarke’s solo project Shy Violet in 2005, and released its first EP – Feel Your Way Out – in 2009.

“There's so many pros for us being a husband-and-wife band. We get along so well and music is a way for us to have fun together, whether it’s jamming at home or playing shows or driving to and from gigs,” Clarke says. “These are all things that I would be doing already and I am lucky to have a husband who is up for just as much adventures – or more! We're able to share the income and plan our lives around tours and shows, so all in all I think it’s the best case scenario, for us anyways.”

Lyrically, Clarke draws inspiration from the world around her, drawing on experiences – both her own and those of others’ – that evoke a strong sense of truth. Clarke will come to the table with a rough idea of a song for the pair to jam out.

“Sly's very good at creating drum beats that compliment my style of writing, I think because he knows me so well and he tries to match my emotions in the songs with what he's playing on the drums.” Clarke says. “He plays a stand-up cocktail style kit, which has a different sound and look than a traditional rock kit. An observant listener came up to us at a show in Tofino the other day and said to him, ‘I love the way you play drums; it’s very unique and sparse and works so well her melodic singing and acoustic guitar.’ I agree completely.”

Sly Violet is touring BC in support of its new EP, King of the Mountain, which was inspired by a winter living in Revelstoke a couple of years ago. They also wintered in Fernie, back in 2005, both teaching at the hill and Clarke playing weekly at Eschwigs.

Sly Violet performs at the Grand Central on Saturday, October 15. Get a sneak peak of their sound here!