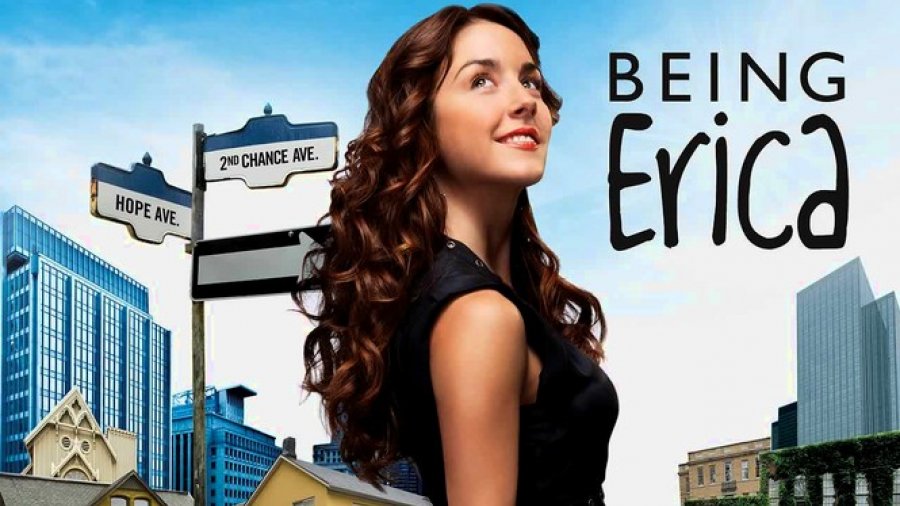 CBC television was founded on September 6, 1952. Its role, much like that of CBC radio, was to create a conduit through which Canadian culture could be disseminated to a broad Canadian audience and resist American cultural imperialism. To a certain extent it has succeeded in its mission, but recently with budget cuts and hamfisted attempts to bring in a younger audience, the quality of some of its programming has been reduced.

A case in point is the show Being Erica, which was created by Jana Sinyor. It stars Erin Karpluk as the title character, Erica Strange, a put-upon administrative assistant at a Toronto-based publishing company. With the assistance of her magical therapist, Doctor Tom, she is able to go back in time to address the major regrets in her life, thereby attempting to give herself a better present.

Erin Karpluk has appeared in Rookie Blue, The Republic of Doyle and Supernatural. In Being Erica, Karpluk plays a woman so immersed in a sea of neuroticism that she verges on annoying. At the same time Erica is so conventional in her outlook that the character becomes incredibly bland. The entire show suffers from this same blandness. The show sends its main character back in time, but dealing with those issues does not shift the time space continuum at all. At the end of each episode Erica goes back to the same boring static present.

The one bright spot in the show is Michael Riley who plays Doctor Tom. Riley was in Mr. Nobody, Murdoch, This is Wonderland and French Kiss, and his performance in Being Erica is excellent. At first glance, he is staid and unexciting like the other characters in the show. However, we must consider that Doctor Tom is supposed to be a therapist, someone whose role is to calm the turbulent seas of Erica's neuroticism. He has a comforting presence with a maturity that invites our admiration.  He is in fact the best actor in the show.