Based on a Real Interview 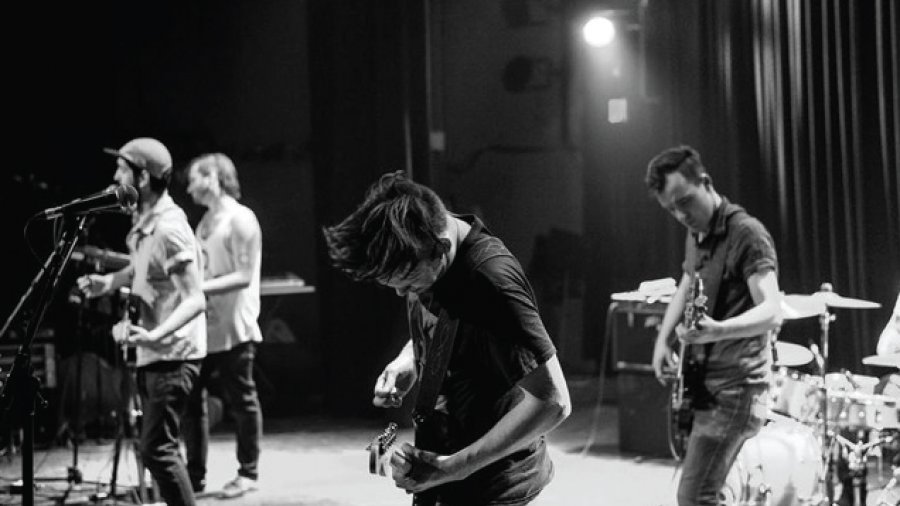 As many of you know, I’ve been interviewing bands for a long time – which is important to this month’s story for a couple of reasons.

Let me get the first – and most embarrassing – one out of the way. During my interview with Winnipeg’s Greek Riots lead singer Jacques Richer, I had a recorder malfunction. Meaning that I didn’t manage to get one little bit of our conversation on the record, verbatim. I always take notes, though, so we’ll get through this.

The second reason is that after all of the conversations I’ve had, I’ve often wondered how often one of my interviewees lie. And I don’t mean in a malicious way. I mean in a way that helps them overcome boring interviewers or boring questions they get asked over and over.

Well, when a band takes on the name “Greek Riots,” they have to expect being asked for an explanation. I poked around online to try finding a suitable explanation. All I could find was a story about how Richer and lead guitarist Duncan Murta just threw words around until they found some that sounded cool together.

So either Richer and Murta are completely unaware of Greece’s 2008 uprising, or Richer is completely full of it when answering this question. Are they young enough that those riots weren’t really on their radar? Perhaps. But surely a quick Google search would have been more than fruitful. It turns out there are two official versions of the band-name genesis.

You’ve heard the first. So had I, and that is why I had to ask. Richer’s answer sounded like something he made up as a joke. It turns out that there is some truth to this version. Richer and Murta did think the name sounded cool. The second version, what Richer calls the more artsy one, is the idea of Greece as this paradise that people visit for escape versus all of its internal problems. Trouble in paradise.

The indie rock Greek Riots formed in 2014. The five-piece is full of energy with crunchy, garage-y guitars and poppy keyboards. The band definitely has a large and anthemic sound and would not be out of place in the Wapiti or Wednesday Night Social lineup (hint, hint). While Greek Riots is young enough to be embarking on its first full-fledged western-Canadian tour, the guys have already released the Cavalier EP and the full-length Middle Children.

With Middle Children, Richer says that the band (rounded out by keyboardist Breandan Flynn, bassist Seamus H.P. and drummer Mack Hatcher) had gotten a lot of positive feedback about its live shows, and wanted to capture the energy and rawness of those performances with minimal production. The songs weren’t recorded live off the floor or anything, but there isn’t any Auto-Tune going on either.

Greek Riots is working on another EP to be released next year, with the single “Tourist Town” coming out … sometime before that (apologies for the vagueness – this is where a successfully recorded interview helps). But if you go see them at the Northern, then you can ask the band yourself!

Greek Riots perform at the Northern on November 4.