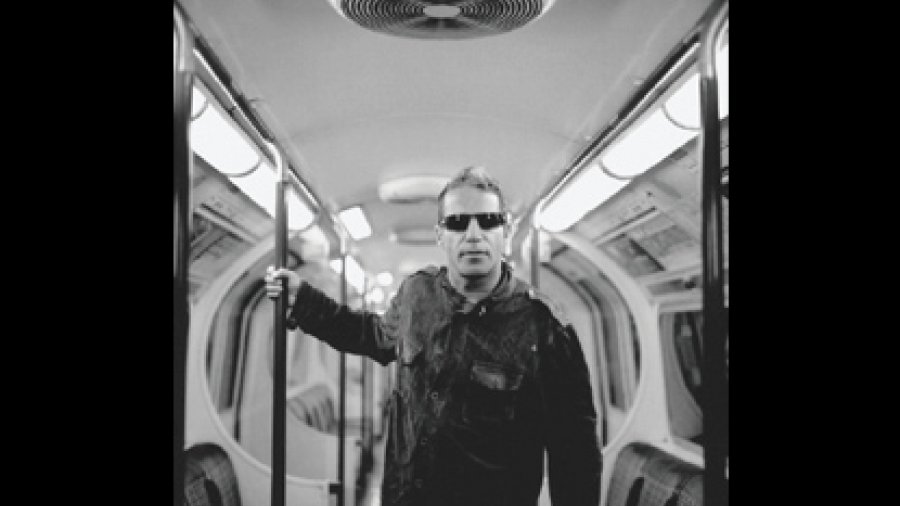 If Barry Ashworth were the coin in a toss, you’d be hard-pressed to pick which side you wanted to land face up more. On the one side, his storied career reveals a fun animal extraordinaire, partying like it’s 1999 for a couple of decades. On the other side, he is the model of perseverance, of taking no prisoners, of making a life of what he loves.

Ashworth began his life in music last century as a club promoter, organizing parties and club nights in the UK and in Ibiza. It wasn’t long before he was DJing himself. He even started a band – Déjà Vu – but it was when he heard what the Chemical Brothers were doing in the mid-‘90s that the idea for the Dub Pistols was born.

The band had a difficult time gaining traction in the UK, with fickle fans labeling its big beat sound dead, so the Dub Pistols signed on with Geffen in the US. Its second album, Six Million Ways to Live, had themes of apocalypse and conflict. Given its release date, September 11, 2001, these themes cut too close to the bone for the American label, and the band’s North American debut was shelved.

There was also the time the Dub Pistols were set to play a huge rave on the outskirts of Los Angeles. It was the band’s first American gig. In front of some 60,000 people, the band took the stage, only to realize that nobody thought of bringing US power converters.

When Ashworth takes the stage for a DJ set at the Northern this month, there may be hijinks, but after travelling the world both with the Dub Pistols and as a DJ, there is a good chance that he’s got the power thing all dialed.

The Fernie Fix caught up with Ashworth for an interview. Here are the highlights.

FF:You’ve been involved in the music scene for a looooong time – and have hit a number of major walls along the way. To what do you credit your perseverance? And do you have any advice for young ones coming up now?
BA: The music industry is no different to life, you have your good days and your bad days; you have to believe in yourself and every time you get knocked down, get back up again. Always remember why you are doing it: the love of music has to be the main drive; if it’s money or fame you’re after, then you will fail.

FF: How does your experience performing in a band inform your DJ sets? Are there things you would never have done as a DJ if you didn’t have band experience?
BA: I Think it’s really the other way around. I was a DJ before I started the band and being a DJ has helped me when producing the tracks and when arranging the live show. The way I build my DJ show is the same way I arrange our live show, with builds and drops, keep the tension and then blow the place apart.

FF: Creatively speaking, what does doing DJ sets offer you over performing live?
BA: Mostly a chance to get away from the band – haha – touring with the same group of people all the time, spending your life in each other’s pockets can be testing at times.
When IDJit gives me the chance to experiment and try new styles.When I’m with the band, it has to be Dub Pistols all the way.

FF: What draws you to play what you do play? What piques your musical interest?
BA: For me good music is good music and bad music is bad music regardless of the style. I’ve always tried to be punk in attitude in that anything goes. You can fuse different styles together and see what comes out.

If you put a label on your music, then you are driving yourself up a cul de sac with limited shelf life and nowhere to go, and if you try to follow what is the so called latest sound that you will always be just that a follower not an innovator. I have always just made the track that I wanted to make at that time. I have a love of reggae from when I was growing up but have always been into other things, especially electronic music, so I try to fuse the styles together as much as possible.

FF:Your career has been long and storied. If there was a movie about your life, who would play you and who would you love to be on the soundtrack?
BA: Sean Penn would be my choice, and on the soundtrack, Leftfield, Roots Manuva, the Clash, the Specials, Chemical Brothers and Horace Andy.

FF:You’re coming to Fernie during the height of the ski season – will we see you on the slopes?
BA: I’m sure you will be seeing me up the slopes, but if you do get out the way as I'm a bit prone to accidents. I have broken my leg a few times on stage and I’m a regular at the ERdeptartment. You have been warned!

Catch Barry Ashworth and the Dub Pistols DJ set at the Central on February 18.