A Band By Any Other Name Would Sound As Sweet 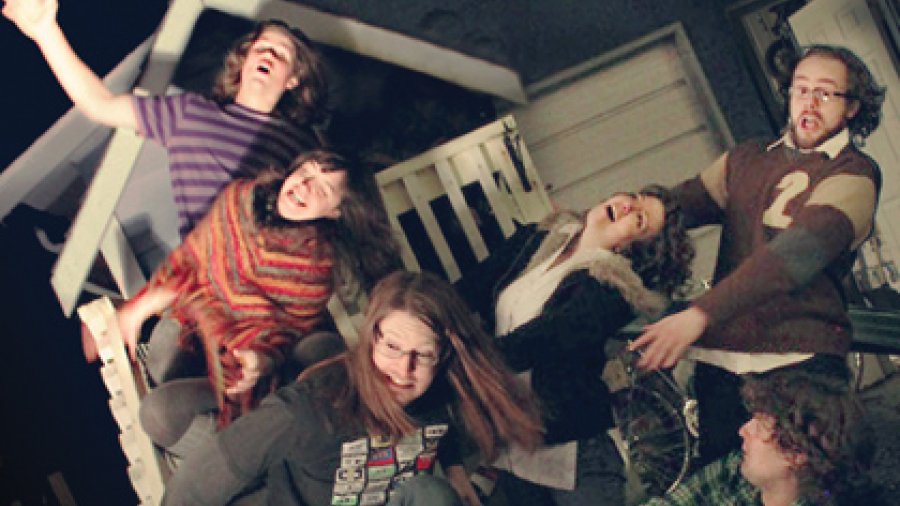 Naming a band can be more difficult than writing a song. How do you capture the personality of the band, of its music, with just a few words? If you were developing a funkadelic-soultastic-rockaphonic band, however, how perfect the name Jackie Treehorn?

The band, who played here last summer, is returning to Fernie while on a month-long tour of BC and Alberta. After taking last fall and winter off to write fresh material, Jackie Treehorn is armed with a guitar case full of new songs that it will record in this coming fall.

“We find that once you road-season the songs, you really find out what works and what doesn’t, what people respond to and what they don’t, and it really helps shape the song into its best feature, so you know,” lead vocalist Ashley Robyn says. “That’s why we decided to record after the tour, so that we could really work out what is the best material and make it turn it into what it should be, before we set it to tape.”

Formed in 2009, the funky group released its first album – We Are Jackie Treehorn – last summer. Many bands set goals for subsequent albums, as a way to learn. And even though Jackie Treehorn was formed four years ago, the last year has seen the members gel into a band that is confident both in its sound and writing process. The band wants this to be reflected in its second album.

Between sultry vocals, voluptuous bass and blithe guitar, its high-energy stage show has compelled audiences small and large to dance, from Fernie to the Vancouver International Jazz Festival. This summer, the band is playing a couple of BC music festivals (not ours, though – maybe next year?) on the coast as well as touring. Very much a live band, Jackie Treehorn – rounded out by Chelsea Burden, Adam Kerby, Kevin Sanders, Nick Nixon and Derek van Duersen – has also used busking as a way to really connect with an audience and figure out what works musically. (The added bonus is that busking has proven great for networking and landing gigs.) When people stop and listen to street performers, it generally means that they like what they hear, so any resulting crowd is a positive experience for everyone.

“It’s such a party atmosphere and it’s so much fun and it really lets you know what works and what doesn’t,” Robyn says. “It’s very intoxicating to have that kind of exchange with the audience being so intimate – in that you’re just on the same level, all on the street, all having a good time.

“You get a sense of how the relationship between the audience and the band is just so connected,” she adds. “The audience needs the band and the band needs the audience, and there’s a beautiful exchange that goes on and it’s more apparent when you go busking because you are right next to those people.”

Jackie Treehorn is performing at the Royal on Saturday, June 29. (And maybe we can convince them to busk the Mountain Market or the Sunday Social?)