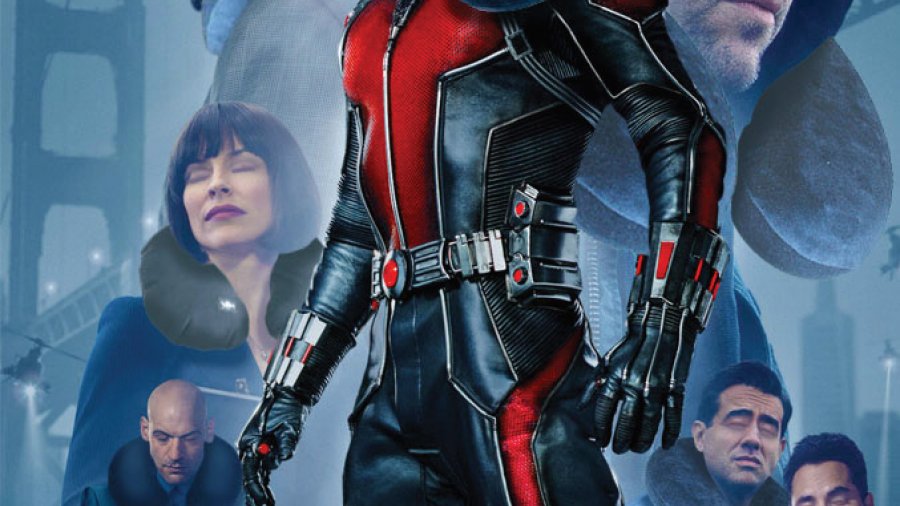 Ant Man was created by Stan Lee, Larry Lieber and Jack Kirby, and first appeared in Tales to Astonish No. 27 in January of 1962. The persona was originally the superhero alias of brilliant scientist Hank Pym, who invented a substance that allowed him to alter his size. However, in later issues of the Ant Man comics, Scott Lang and Eric O'Grady also took on the Ant Man mantle. Given that Marvel is now deadset on turning every single one of their superhero characters into stars of Hollywood blockbusters, it makes sense that Ant Man would receive the same treatment.

The film, originally to be helmed by Edgar Wright (Shaun of the Dead), experienced technical difficulties when Wright, who had been trying to get the movie off the ground since 2006, walked away from the project due to studio interference. Peyton Reed, who previously directed the cheerleader comedy Bring It On and the highly unsuccessful Jim Carey comedy Yes Man, was then tapped to direct. Adam McKay and Paul Rudd were brought on as screen writers to help bring the script that Wright had originally written more in line with the aims of Marvel studio executives.

The film stars Paul Rudd, who has an impressive comedic filmography, previously starring in such films as Anchor Man, They Came Together, and the television series Parks and Recreation. He plays Scott Lang, a cat burglar who desperately wants to turn his life around and mend a broken relationship with his wife and daughter. Unfortunately, during his last heist he gets persuaded by elderly scientist Hank Pym (Michael Douglas) to burglarize the laboratory of Pym's former company to rescue a technology that causes a person to shrink to the size of an insect, and to stop it from being used for military purposes. In order to do this Lang must don a suit that has an older version of the shrinking technology and become the Ant Man.

The film is adequate, though not as good as some other Marvel movies that have been made recently. It doesn't hold a candle to the first Avengers or to Captain America: The Winter Soldier but it is still pretty good. The performances by Michael Douglas, Paul Rudd and Michael Peña stand out. Douglas' last movie was Beyond the Reach in 2014. His earlier films are The Game, Basic Instinct, Falling Down and Wonder Boys. Peña has appeared in Shooter (2007), Fury (2014) End of Watch (2012), and American Hustle (2013). He has proven himself over and over again to be an excellent character actor, and he is extremely funny in this film.

Evangeline Lilly (The Hurt Locker, Real Steal, Lost) does a decent job as the hero's love interest, but the character is tragically underwritten. Cory Stoll, a talented actor who has performed in such movies as The Bourne Legacy, Midnight in Paris and Non-Stop plays the movie's villain. His performance, however, is not as interesting as it could have been, considering that Marvel has given us antagonists such as Loki (Thor) and the Red Skull (Captain America: The First Avenger). He plays your standard-issue, evil, corporate executive, a character with no depth, but Stoll deserves credit for giving the role his all, trying desperately to make a bland stock character into something engaging.

Ant Man isn't a terrible movie but it isn't terrific. One and a half thumbs up.