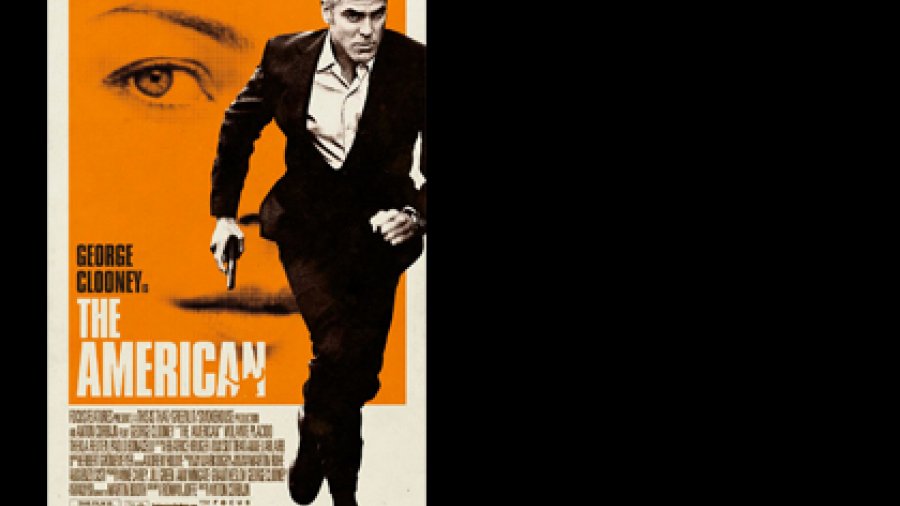 George Clooney has had a very interesting career. He has come a long way from relative obscurity in the 80s when he appeared in sitcoms like Rosanne and performed in movies like Return of the Killer Tomatoes. He has since shunned mainstream Hollywood to act in quirky comedies (The Fantastic Mr. Fox, Burn After Reading, Oh, Brother, Where Art Thou, The Men Who Stare at Goats), political thillers (Good Night and Good Luck, Michael Clayton, Syrianna, The Good German), and art films (Solaris). To his credit, Clooney seems willing to take a chance on small independent films and is not afraid to appear comedic. In The American Clooney once again takes a journey into the mysterious land of unconventional cinema.

The film, set in Italy, is the story of a lonely, angst-ridden assassin who desperately wants to escape the sordid business of killing people. Its focus is this well-dressed hitman’s final mission, which involves making a sniper rifle for another contract killer. While crafting the weapon he gets to know the small Italian village where he resides, meets and befriends the local priest, and becomes romantically involved with Clara, a call girl.

It has to be said that the plot of the film will probably not engage hard-core action buffs. Fans of extreme action movies (Die-Hard, True Lies, Terminator) should definitely look elsewhere for their dose of mayhem. This movie is more about quiet conversations over glasses of whine than it is about gun play, although there is some of that in the film. Fans of George Clooney’s roguish playboy persona in movies like Ocean’s Eleven and Out of Sight, or his stint on E.R. should be made aware that the George they love, he of the flashing white grins and the suave pick-up lines, is not present in this film. Instead they’ll find that this is one of his most understated performances to date. The main character of The American is introverted, doesn’t flirt, and smiles only once in the whole movie. But that’s not to say that Clooney isn’t good in this film. He expertly portrays a man who is paranoid and lonely, but conducts his work with a ruthless efficiency.

A tip of the hat to Paolo Bonacelli for his role as Father Benedetto, and the beautiful Violante Placido as Clara. Placido, singer, songwriter and actress, made her first film in 1993, and really shines in this, her Hollywood debut.

This movie is also beautifully photographed. The cinematographer truly captures the charm of the rural Italian landscape and the medieval grandeur of Italy’s feudal past. He creates a peaceful milieu which is eventually disturbed by the violence of two attempted assassinations.

This is a fine film, and it is extremely interesting to see a Hollywood leading man willing to play such an understated, but dramatic role the way that George Clooney has in this movie. But again, if you’re looking for a conventional action flick, this isn’t for you. If you hunger for explosions and very big guns, check out Luke Beson’s The Fifth Element, or his earlier work The Professional, starring a very young Natalie Portman.