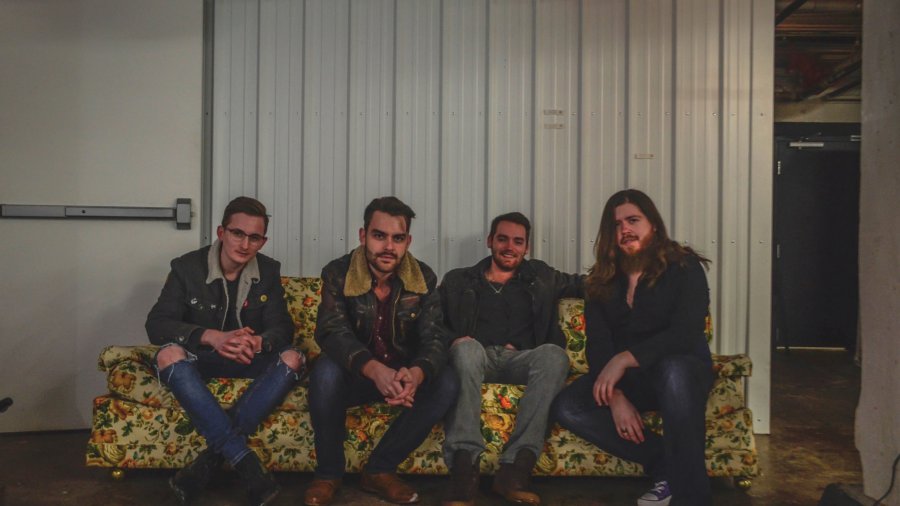 When it comes to human evolution, there’s a school of thought that eschews the idea of Survival of the Fittest. Social scientists have written much about how working together is actually how we succeeded as a species. It’s one of those ideas that seems so obvious – but maybe so obvious that we don’t even see it anymore. But examples, large and small, of this are everywhere. (Just read this month’s magazine!) Having a community behind our various endeavours helps things succeed.

When FKB formed in 2009, the band performed anywhere it could. It’s a familiar trajectory for many young bands – play fundraisers, chili cook-offs, basement parties and tiny venues – and with some hard work and good luck, a community of fans and mentors begins to form around the band. For its part, FKB started out by finding common ground with its listeners, rounding out sets with songs that songs that you could say are part of our collective consciousness – like songs by Elvis and the Beatles.

Eventually, in 2012, the quartet ended up performing at the Gear Grabbers Show & Shine in Bonnyville, Alberta. That’s when they impressed country singer Clayton Bellamy (the Road Hammers) – who told them to call if they ever wanted to do a record. With his help, a couple of years later 123 FKB was released, and a second record is on its way, with a single released late last month. Through Bellamy’s mentorship, FKB tightened its ship, focusing the band musically and aesthetically.

In 2015, FKB was asked to open for the Trews at Bonnyville’s Extreme Mudfest. At over 1000 folks, it’s still one of the band’s biggest audience and it was nerve wracking.

“That one was pretty tough. We just tried to put together the best show we could and we knew there was no room for error,” lead singer and bassist Drew Shalka says.  “We had to make it so that the Trews weren’t in our heads. The crowd was in our head, but not really. We just tried to make it geared for everybody there and then just kind of live in the moment once we’re up there. It was kind of a weird thing to do. We were conscious of the fact of what we were doing, but we had to tune it out at the same time and be as entertaining as possible and be as well rehearsed as we could.”

The band – rounded out by Derek Chalut, Alex Fedorouk and Travis Topylki – recorded four more songs with Bellamy, and released the first new single, “Bright Lights,” just before embarking on a string of spring and summer dates that will see the band travel from Bonnyville to Buffalo. Shalka says that the new songs are more keyboard and synth driven than the ones on their first EP.

“I was living in an apartment and I couldn’t really play my electric guitar or any big instruments to do a lot of the writing for this, so I have a ten-key little keyboard that plugs into my computer, and that’s kind of the only thing I had to mess around with,” he explains, “especially at night when people were sleeping and I couldn’t make too much noise.”

In 123 FKB, the older influences are very much apparent – there are tinges of ‘60s surfer rock and ‘70s power ballads – but the songs are set very firmly in this millennium, with each member bringing his own band of contemporary influences. FKB is a band to have fun to, to tip a glass to, to dance to. But most importantly, FKB is a band to see with your community.

FKB performs at the Northern on May 19.